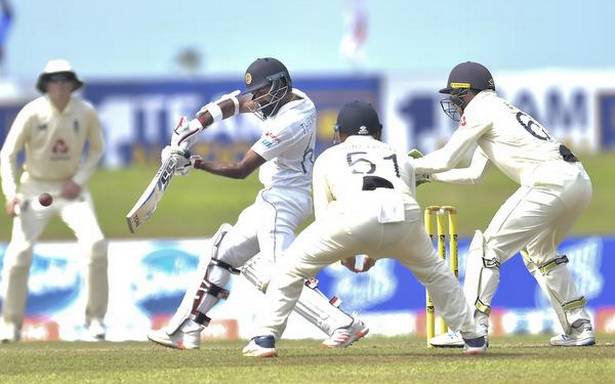 (FASTNEWS | COLOMBO) –   Galle, Jan 18 (AP) Jonny Bairstow and Dan Lawrence held their nerve in a 52-run unbroken stand to guide England to a seven-wicket win Monday on the fifth and final morning of the series-opening test against Sri Lanka.
England ensured it didn”t have any more hiccups in erasing the remaining 36 required on the last day after Sri Lanka had set up a tricky 74-run target on a turning wicket.

England had slumped to 14-3 late on the fourth evening before Bairstow and Lawrence combined to usher the tourists to 76-3.

Bairstow remained unbeaten on 35 off 65 balls and Lawrence, who hit a gritty half century in the first innings, finished 21 not out.

Sri Lanka had a chance of a breakthrough after England resumed on 38-3. Bairstow may have been out lbw off Dilruwarn Perera”s off-spin in the third over, but stand-in captain Dinesh Chandimal didn”t go for the television referral.

Bairstow eventually sealed the victory with a boundary when he swept Perera to square leg.

Sri Lanka was rattled for 135 in its first innings but rallied with a 359-run effort in the second innings after England had responded with 421, a hefty lead of 286 runs.

The second test of the two-match series will also be played at Galle, starting Friday.

England swept the series 3-0 when it last toured Sri Lanka in 2018.