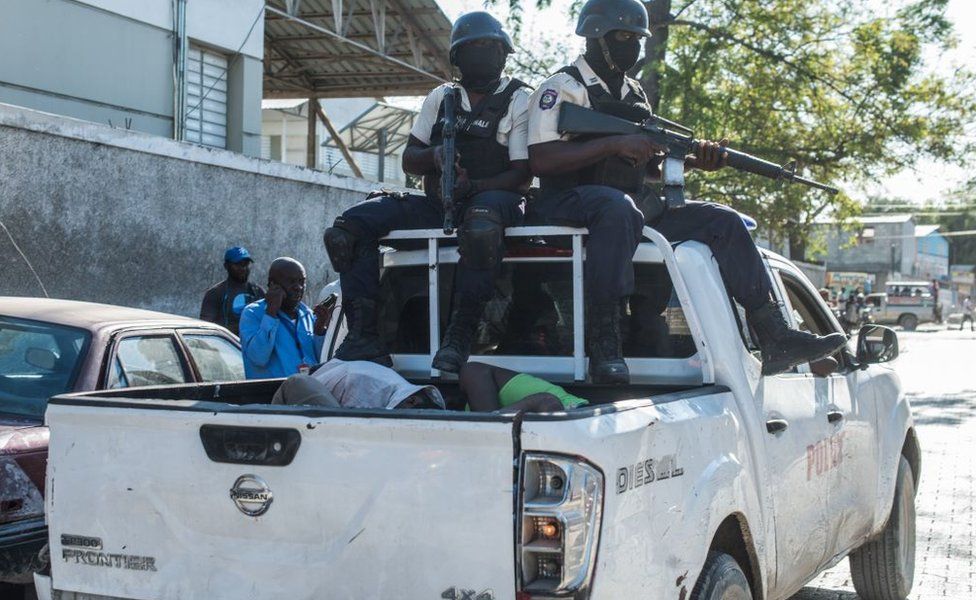 (FASTNEWS | COLOMBO) –   More than 400 prisoners are on the run in Haiti after escaping from a jail near the capital, Port-au-Prince.

The victims included bystanders who were caught up in the violence, officials said.

One of those who fled, a powerful gang leader named as Arnel Joseph, was killed hours after escaping.

Joseph, still wearing prison ankle cuffs, was a passenger on a motorcycle that was flagged down at a checkpoint, police spokesman Gary Desrosiers said.