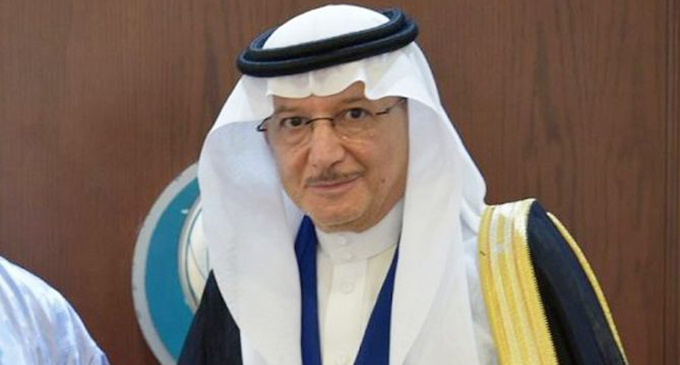 (FASTNEWS | COLOMBO) – The Organisation of Islamic Cooperation (OIC) on Saturday welcomed the decision of the Sri Lankan Government to end compulsory cremation of Muslims victims of COVID-19 and allow their burial.

“The hope is that the Sri Lankan Government’s decision to lift the ban on burial of Coronavirus victims will help preserve the rights of Muslims in the island,” OIC Secretary General, Dr. Yousef Al-Othaimeen said.

The OIC has a membership of 50 members from all parts of the globe and also it has several non-Muslim countries as observers.

Earlier on three separate occasions, Secretary General Al-Othaimeen, had called upon Sri Lankan Authorities to stop compulsorily cremating Muslims dying of COVID-19 and allow their burial as per rituals in the Muslim faith.

The Secretary General also addressed concerns over the issue of the cremation of bodies of COVID-19 Muslim victims in Sri Lanka to the 46th session of the United Nations Human Rights Council (UNHRC) on 23 February.

While commending the Sri Lankan Authorities’ response, following petitions and calls led by the OIC for an end to the mandatory cremation of Muslim Coronavirus victims in Sri Lanka, the OIC reiterates unrelenting dedication to follow up on the situation, and uphold the interests of Muslim communities and minorities in non-Member States.

Meanwhile, following the Government’s Gazette Notification regarding the permission for the burial of COVID-infected dead bodies, the board of trustees of the Maradana Mosque has urged the Ministry of Health to utilise the Kuppiyawatta Burial Grounds for such burials. In a letter addressed to Dr. Asela Gunawardena, Director General of Health Service, the Trustees of the Maradana Mosque (Inc.), delivered on Monday (01), have requested the Kuppiyawatta Muslim Burial Grounds which is managed by the Mosque to utilise for COVID-19 deceased burials in terms of the Extraordinary Gazette Number 2216/38 – Thursday (25 February, 2021) issued by the Minister of Health. The letter signed by the Secretary to the Board of Trustees of the mosque, A. W. S. Marikar had pointed out that a Ground Water Table Test Report was also recently undertaken at the Kuppiyawatta Burial Grounds by the Department of Geology, University of Peradeniya where it was determined that the water table was detected at a depth of 2.5-3.0 Meters which is suitable for COVID-19 deceased burials according to Health Ministry expectations.

The Trustees also said that they will conform to whatever additional guidelines issued by the Health Ministry in such operations.