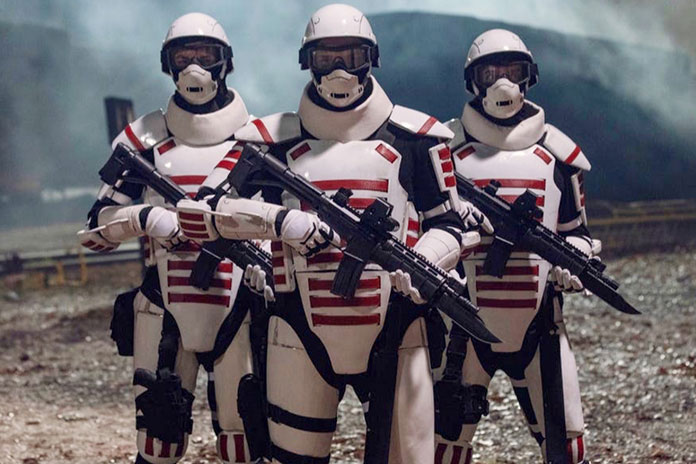 (FASTNEWS | COLOMBO) – AMC has announced an August 22nd premiere date for the eleventh and final season of “The Walking Dead”.

A brief clip was also released, tied to last night’s final of the tenth season’s extended batch of six mostly standalone extra episodes made during the height of the pandemic.

The clip has Eugene being interrogated, being asked the same questions as Princess was the other week by the white hockey gear-wearing commandos that surrounded them in the train yard – the armed forces of The Commonwealth.

With the Whisperer threat over, the new season will see a reckoning between Maggie and Negan, while the Reapers – military-trained stealth commando types who attack survivor settlements and slaughter innocents – will serve as the primary villains of the first part of the season.

The final season will consist of 24 episodes, rather than the usual 16, and will adapt storylines from the last eighteen issues of the comic. Production is expected to run well into next year.