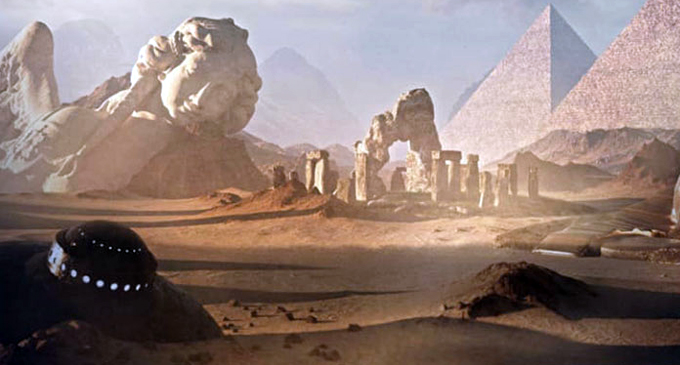 (FASTNEWS | COLOMBO) – History Channel’s long-running pseudo-documentary series “Ancient Aliens” is becoming a feature film over at Legendary and with the help of the “Cobra Kai” team.

Counterbalance Entertainment, creators and showrunners of the YouTube turned Netflix smash hit based on the “Karate Kid” franchise, have set Josh Heald to direct while he, Jon Hurwitz, Jon Jashni and Hayden Schlossberg will produce.

Luke Ryan will write the script and executive produce the “two-handed, globe-spanning adventure featuring ancient sites and artifacts, confronting the theories and questions raised by the popular docuseries” according to Legendary.

The series, which has been airing since 2009, deals with pseudo-science and the idea that extra-terrestrial beings visited Earth in ancient times. It has run almost 200 episodes and is now in its sixteenth season.