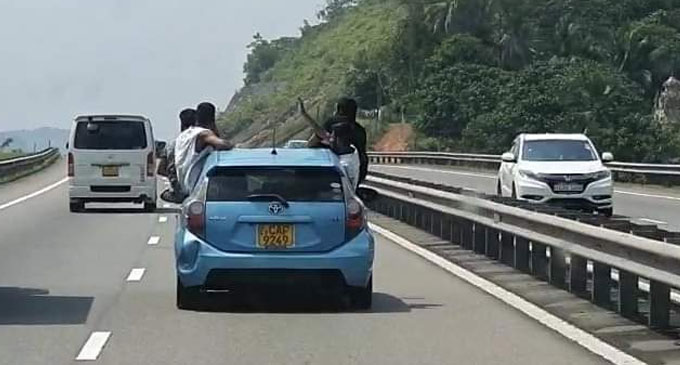 (FASTNEWS | COLOMBO) – An investigation has been launched on a reckless driver seen on the Southern Expressway.

Police Spokesman, Deputy Inspector General (DIG) Ajith Rohana said that a video of the car driven in a reckless manner was being circulated on social media.

The Police Spokesman said that the passengers of the vehicle had violated the Motor Traffic Act and local criminal laws. That the vehicle was found to be registered to an owner in Kandy.

DIG Ajith Rohana said that further investigations into the incident are currently underway.