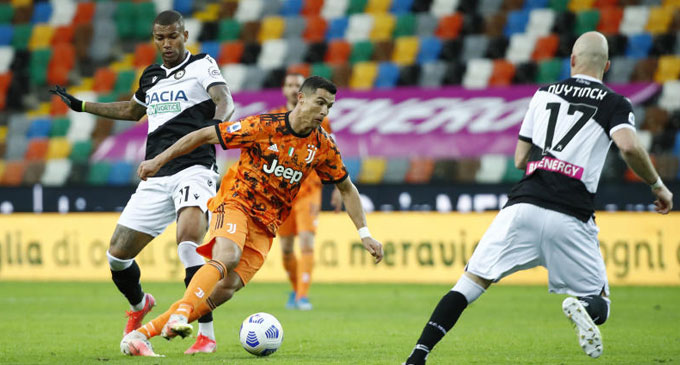 Andrea Pirlo’s side fell behind to Nahuel Molina’s early goal and barely threatened for long spells.

But Ronaldo won and converted a penalty before clinically heading home in the 89th minute.

The result moves Juve into third in Serie A and gives them breathing space in the race for Champions League qualification.

Five points separate five teams between second and sixth with only the top four qualifying for the Champions League.

Inter secured the Serie A title earlier, officially denying Juve the record 10th successive title that had been out of their reach for some time.

Draws for Napoli and Atalanta offered a chance for Pirlo’s team to seize the Champions League initiative, an opportunity they took in the last 10 minutes.

Despite this result, rookie manager Pirlo still faces a stiff task in the final fixtures – including against AC Milan next week and champions Inter in the penultimate game – to ensure Juve are playing Champions League football next season.