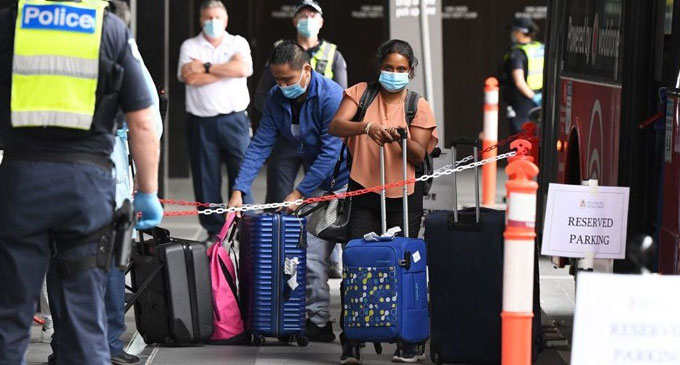 (FASTNEWS |  AUSTRALIA) – Australia’s threat to jail citizens returning home from India has sparked condemnation, with critics labelling the Covid measure as “racist” and a breach of human rights.

From Monday, any Australian arriving in the country from India faces fines and up to five years in prison.

It comes after Canberra banned all flights from the virus hotspot until 15 May.

“The same accusations were made against the government over a year ago when we closed the borders to mainland China,” he told Sydney radio station 2GB.

“There’s no politics or ideology in a pandemic… It’s got nothing to do with politics, this is a virus.”

The policy marks the first time Australians have been criminalised for returning to their country, local media reported.

There are an estimated 9,000 Australians in India, 600 of whom are classed as vulnerable.

The government said the measures, which were announced on Saturday, are based on medical advice aimed at protecting the community. The virus is surging in India, with daily cases in the country topping 300,000 for 10 consecutive days.

Officials said an increase in infection rates seen in Indian arrivals over the past fortnight has raised concerns. Australia has pursued a Covid elimination strategy – partly through strict border controls and mandatory quarantine – which has seen it record 910 deaths, far fewer than many other countries.