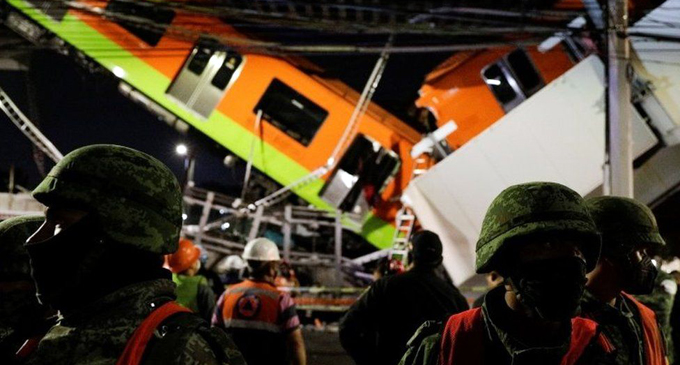 (FASTNEWS | MEXICO) – At least 15 people have been killed and dozens injured after a metro overpass collapsed in Mexico City while a train was travelling on it, officials say.

Several train carriages plunged to the ground, crushing at least one car, which was on a busy road underneath.

Rescue workers and firefighters are searching for survivors after the accident in the capital late on Monday.

Dramatic footage has emerged showing the overpass collapsing at the Olivos station on the metro’s 12 Line.

“So far we have 15 people who unfortunately lost their lives,” Mexico City Mayor Claudia Sheinbaum was quoted as saying by the AFP news agency, after she arrived at the crash site.

There are fears that the death toll could rise further as some people may still be trapped under the rubble.