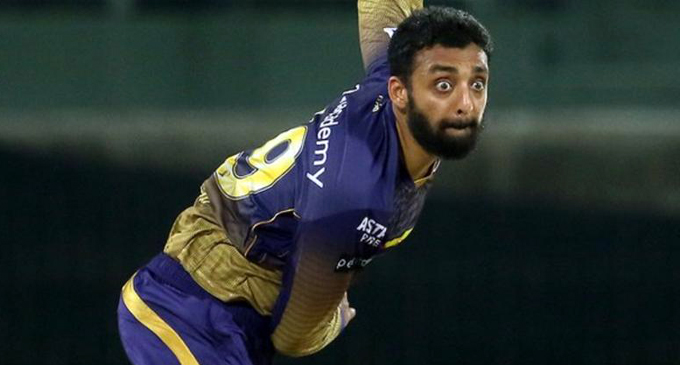 The match was scheduled to start at 15:00 BST in Ahmedabad.

Over the weekend, India recorded its highest daily coronavirus death toll since the pandemic began.

It is the first positive test result to come out of the IPL since the tournament began on 9 April.

Leg-spinner Chakravarthy, 29, and pace bowler Warrier, 30, have been isolated and their teammates will be tested daily.

It has been reported Chakravarthy left the bio-secure bubble to go for a scan on a shoulder problem.

The tournament’s medical team are also tracing close contacts of the two players.