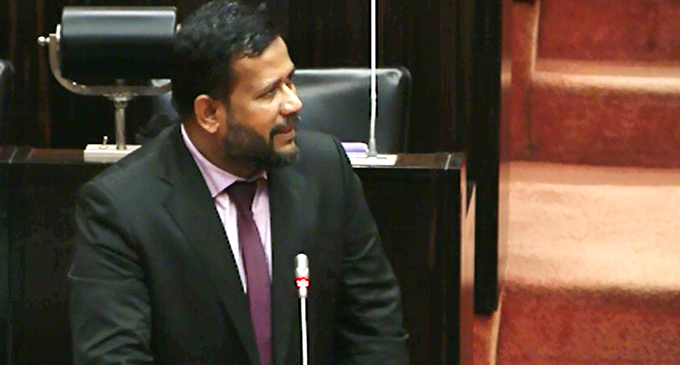 Rishad not brought to Parliament by CID [VIDEO]

(FASTNEWS | COLOMBO) – Although Speaker of Parliament, Mahinda Yapa Abeywardana, had consented to Parliamentarian Rishad Bathiudeen, to attend Parliament while serving a 90-day detention under the Prevention of Terrorism Act (PTA) of 1979, the Criminal Investigation Department (CID) has not permitted the former Minister to attend sessions today (04).

Last week, the Chief Opposition Whip, Lakshman Kiriella requested the Speaker to permit Bathiudeen to attend Parliament, to which the Speaker acceded. Thereafter, Sergeant-at-Arms Narendra Fernando had informed the Director of CID in this regard.

Parliament was scheduled to sit today and tomorrow (05), and Bathiudeen was expected to attend Parliament today and deliver an address. However, the CID has not complied by the request from Parliament citing COVID-19 related concerns.

The Vanni District Parliamentarian had been subjected to a PCR (Polymerase Chain Reaction) Test after the CID informed that the wife of one of the cadre had tested positive for COVID-19. However, the results of the PCR Test have not been revealed till now.