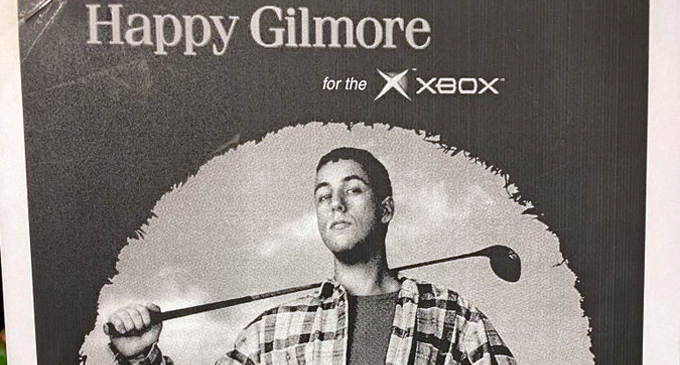 We almost got a “Happy Gilmore” game

(FASTNEWS | COLOMBO) – Well-known TV and gaming developer Mike Mika, who has worked on several projects with Adam Sandler, has revealed that at one point a video game was in development based on iconic comedy film “Happy Gilmore”.

The film dealt with a hockey player (Sandler) who transitioned into the professional golfing world. The proposed game was to be a title that would have combined elements from combat and golf games.

Mika says Sandler not only knew but supported the project, and Sandler’s brother fought and mediated with companies to try to make it happen. Sadly the pitch failed and no game was ever created.

The reveal comes as fighting games with nostalgic characters are making a comeback such as the recently announced Nickelodeon All-Star Brawl, while classic brawlers from around the time of ‘Gilmore’ like “Streets of Rage” saw a 2019 iteration launched to rave reviews.

At one point we were pitching this hybrid fighting and golf game with the Happy Madison crew. Good times. It should have been greenlit because it was a great idea. pic.twitter.com/Ty03MNQoP8