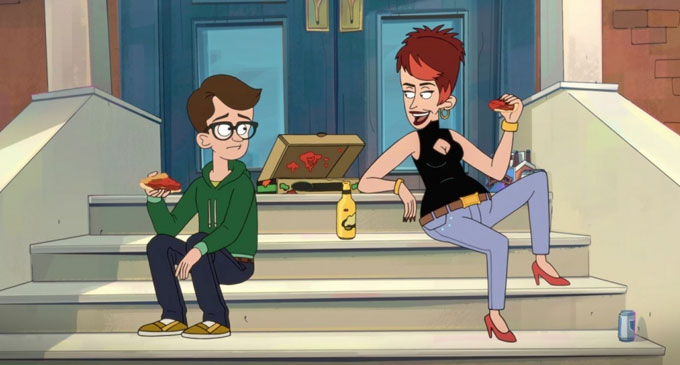 Created by Chris Witaske, the account offers amusing axioms from your favorite ‘vodka aunt’ who parties well into her forties like she’s still a young twentysomething.

Lauren Ash leads the cast as Diane Dunbrowski who continues to be the life of the party and has an inability to “adult” though with a heart of gold. Rory O’Malley will play her gay nephew who moves in with her while foregoing Stanford University.

Titmouse (“Big Mouth,” “Human Resources”) will serve as the animation studio while Matt Craig (“New Looney Tunes”) will join as the showrunner.

The first block of eight episodes premieres on September 17th.