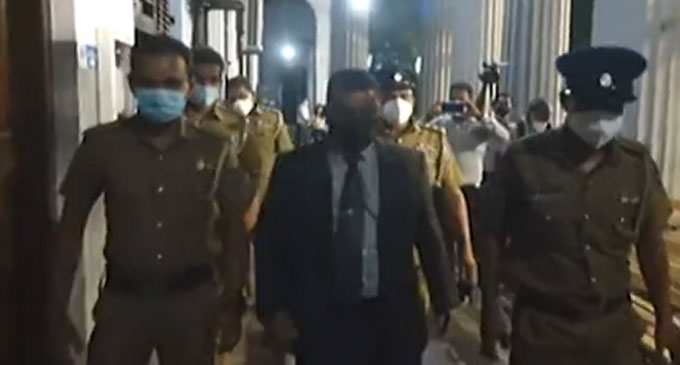 He was found guilty of killing several Welikada inmates.

The case was heard against former Inspector of the Police Narcotics Bureau Neomal Rangajeewa and former Prison Superintendent Emil Ranjan Lamahewa over the death of eight inmates.

The Police Special Task Force launched a special operation on the 9th of November, 2012, to seize illegal and banned items in the possession of Welikada Prison inmates.

During the operation several prisoners died, resulting in major backlash from human rights activists and the general public.

The Attorney General then filed the case against the duo.