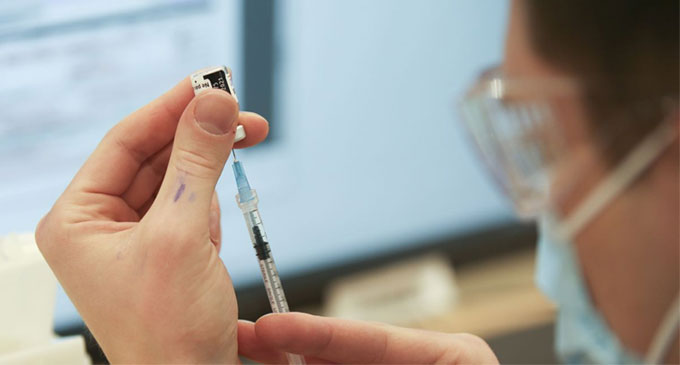 A day after Canada’s Quebec province announced to penalize individuals unvaccinated against coronavirus disease (Covdi-19), the province’s health minister on Wednesday said the appointments for the first dose of announcement spiked in the hours following the announcement. “It’s encouraging!” tweeted Christian Dube, Quebec’s health minister, indicating that the appointments for the first vaccine dose continue to increase.

Quebec Premier Francois Legault earlier announced that the province will impose a new health tax in the coming weeks on unvaccinated individuals.

The French-speaking province is struggling to control the highly contagious Omicron variant of coronavirus and the government says that the unvaccinated remain a burden on its public health system. While Quebec has administered the first dose of the Covid vaccine to 90 per cent of its eligible population, Legault stressed that the remaining 10 per cent of Quebecois must not harm others.

“We are working on a health contribution for all the adults who are refusing to get vaccinated” because they represent a “financial burden for all Quebecois,” Legault told a press conference. “It is not on all Quebecois to pay for that,” he said.

The provincial government is yet to reveal the details of the penalty to be levied on unvaccinated people but, according to Legault, it wanted the tax to represent a “significant amount”.

Rights and medical experts have raised concerns about the proposal to fine the unvaccinated. While Canada’s Civil Liberties Association said it could violate Canadians’ fundamental rights, health advocates expressed concern about its broader implications.

“I’ve not seen anything like this in Canada before. I’m worried about the precedent it would set,” said Danyaal Raza, a doctor with Unity Health in Toronto and former chair of Canadian Doctors for Medicare, as quoted by Reuters.