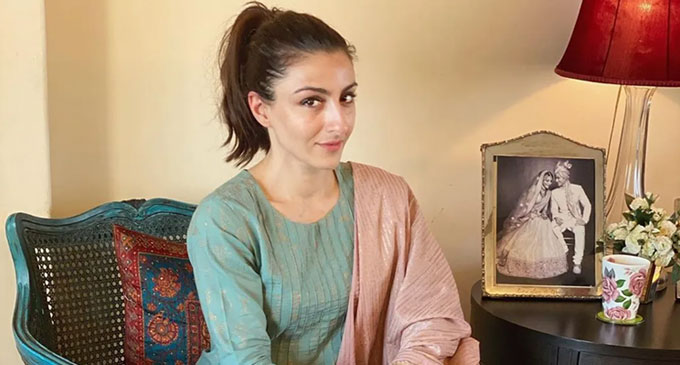 Soha Ali Khan, who starred alongside Emraan Hashmi in Tum Mile, said that she used to have an unfavourable impression of him before they worked together. She initially thought he would not be punctual on the sets or ‘be such a good actor’.

In an interview, Soha was asked to choose the better co-star between Emraan and R Madhavan, whom she was paired opposite in Rang De Basanti. She picked the former.

Soha said, “I actually worked more with Emraan because it was a longer role. I really enjoyed them both but I would say Emraan because I had an impression of him that I didn’t have of Madhavan before. I thought Emraan would be very different and he was really very professional, always on time and a really warm person to work with. I don’t know why I thought he wouldn’t be.”

Soha admitted that she does not know why she had such negative preconceived notions about Emraan. “I thought he would wake up late and not really learn his lines and he wouldn’t be such a good actor. I really don’t know why, I hadn’t seen a lot of his work. But he was really understated and very good to work with,” she said.

Until now, Soha has worked in only one film – Tum Mile – with Emraan. Directed by Kunal Deshmukh, the film was a love story set in the backdrop of the 2005 Mumbai floods, and also starred VJ Mantra, Sachin Khedekar and Rituraj Singh.

Recently, Soha made her digital debut with the ZEE5 series Kaun Banegi Shikharwati, co-starring Lara Dutta, Naseeruddin Shah, Kritika Kamra, Raghubir Yadav and Anya Singh. The show follows the king of Shikharwati, who tricks his estranged daughters into coming back home when he comes under the scanner for income tax fraud.