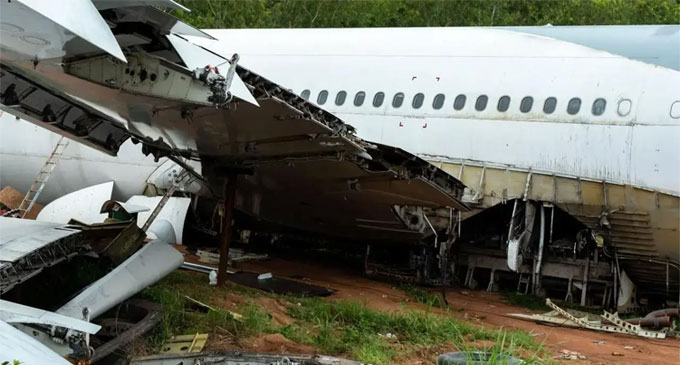 ‘We suspect all passengers died’- Nepal on plane crash

(FASTNEWS | NEPAL) – Fourteen bodies have been recovered so far from the wreckage of a plane that crashed into a mountainside in Nepal with 22 people on board, has been reported by a news agency on Monday citing the country’s Civil Aviation Authority.

“Fourteen bodies have been recovered so far, search continues for the remaining. The weather is very bad but we were able to take a team to the crash site. No other flight has been possible,” spokesman Deo Chandra Lal Karn told.

Tek Raj Sitaula, a spokesman for the Tribhuvan International Airport in Nepal’s capital Kathmandu told that some of bodies recovered from the crash site are ‘beyond recognition’ and the search for other passengers is still underway. “Some of the bodies of the passengers are beyond recognition. Police gathering the remains” the official was quoted as saying.

Pieces of the wreckage of the passenger plane that crashed on Sunday morning were found at 14,500ft in Sano Sware Bhir of Thasang in Mustang district in northwestern Nepal, after nearly 20 hours since the plane went missing, the Nepal Army said on Monday.