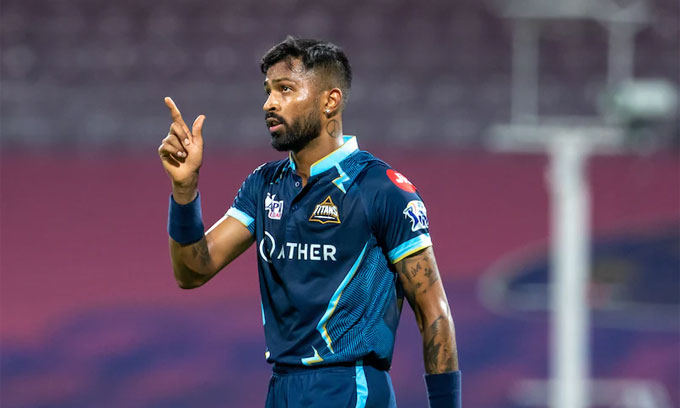 (FASTNEWS | INDIA) – As Team India gears up to take on South Africa in T20Is at home, the focus will be majorly on Hardik Pandya who returned to the side after a 6-month gap. The all-rounder had a remarkable season in the Indian Premier League (2022), leading his team Gujarat Titans to the maiden title.

Prior to the commencement of the IPL 2022, quite a few fingers were raised about his fitness. Also, there were doubts over his bowling fitness as well as captaincy skills, given that he had led only once in senior cricket previously.

However, the 28-year-old put an end to all such doubts with his heroics. Pandya played 15 games and scored 487 runs at an average of 44.27, including four half-centuries. He also pocketed 8 wickets in the tournament and registered his best figures of 3 for 17.

Former India wicketkeeper-batter Kiran More was impressed with Pandya’s return to form. The former India selector was of the opinion that the Baroda all-rounder has now become a ‘four-dimensional’ cricketer.

“The best moment for me in IPL 15 was the way Gujarat Titans played cricket. It was outstanding. And especially Hardik becoming a captain and lifting the trophy, his personal performance was equally brilliant.”

”Going from Mumbai Indians to Gujarat Titans; it’s not that easy to go and lead the new team and straightaway win the championship,” Kiran More told.

More, who had observed Pandya from close quarters at the MI camp, further recalled latter’s younger days and spoke about the ‘hunger for cricket’ in his eyes.

“He wanted to play the sport. Krunal Pandya (his elder brother) had joined my academy and Hardik used to hang around. He used to keep running behind the nets and catching the ball. That is when I told Krunal to bring him to nets as well and that’s when I saw the hunger in his eyes.”

“For me, Hardik was a young kid, who wanted to perform all the time. I now believe he is a four-dimensional player now. Earlier he was a three-dimensional player because he is a bowler, batter and a fielder but now he is a captain as well. So, you feel proud that you have such a talented cricketer in the national side,” said More.