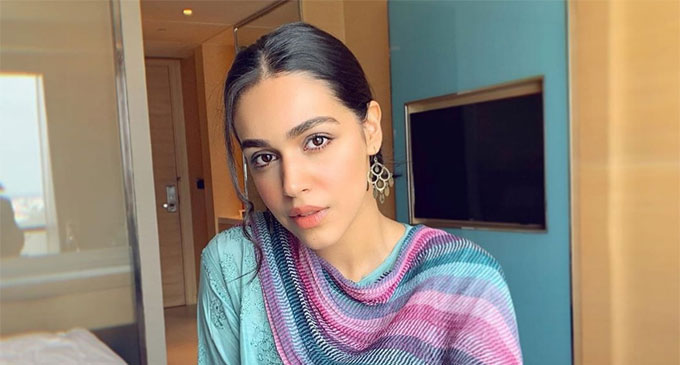 Titled Ishq Vishk Rebound, Naila took to her Instagram to share the first look video captioning, “l believe in love. When relationships can be found on apps, and lost over a chat, you know that love needs an upgrade. ISHQ VISHK REBOUND. It’s time to move on”.

Sharing her excitement to star in the film, Naila exclusively shared, “Ishq Vishk literally captures the charm of young love in the early 2000’s”.

”Had you asked me then that 19 years later, I’ll be here, a part of this awesome team, I would have giggled in disbelief. I am so very grateful for the opportunity to recreate the magic and love that Shahid Kapoor, Amrita Rao, and Shehnaz Treasurywala made us fall in love with.”

Ever since the start of her career, Naila has seen an upward trend as she went on to do some popular and critically acclaimed movies like Ashwiny Iyer Tiwari’s ‘Bareilly Ki Barfi’ where she portrayed ‘Babli’. The actor also featured in ‘Thappad’, and ‘Bhangra Paa Le’.