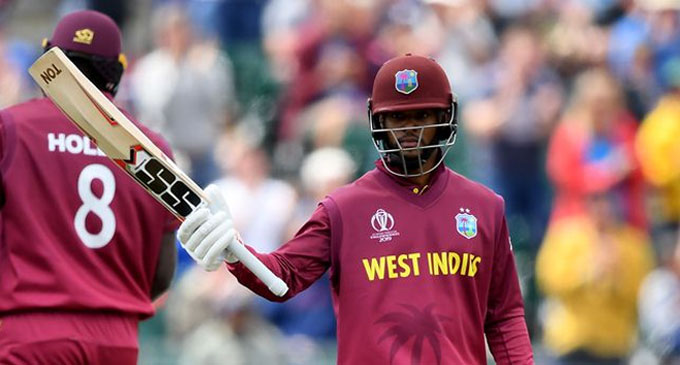 (FASTNEWS | COLOMBO) – Shai Hope joined an elite group as the West Indies opener became one of the fastest batters to surpass 4,000 runs in ODIs. Hope became the joint third-fastest to cross 4,000 runs after a blistering performance in the first ODI of the ongoing three-match series between Pakistan and the West Indies.

Hope, also the vice-captain of the West Indies team, scored 127 runs off 134 deliveries. Hope smashed 15 fours and 1 six to produce a brilliant knock at an impressive strike rate of 94.78 despite temperatures soaring to above 40 degrees Celsius in Multan.

It was Hope’s maiden ton against Pakistan, whose bowling line-up couldn’t thwart the West Indies wicketkeeper-batter. Hope and Shamarh Brooks stitched a solid 154-run partnership off 169 balls for the second wicket.

Brooks scored 70 off 83-balls, with seven boundaries to make the score look sweeter. Pakistan pacer Haris Rauf, with the best match performance (4/77), ended the partnership when he managed to bowl out Hope with a surprisingly slow delivery in the 44th over of the match.

Despite the stunning performance, the visitors had to taste a defeat. Their vanquisher was Pakistan skipper Babar Azam, who managed to make his record in the innings. Scoring 103 with nine boundaries off just 107 balls, Azam helped the hosts chase down the 306-run target in 49.2 overs. The series is a crucial one as it serves as a qualifier for the upcoming ODI World Cup.

South Africa’s Hashim Amla and Pakistan’s Azam are ahead of Hope in the fastest to 4,000 ODI runs. Amla managed to reach the milestone in just 81 innings, while Azam took 82 innings.