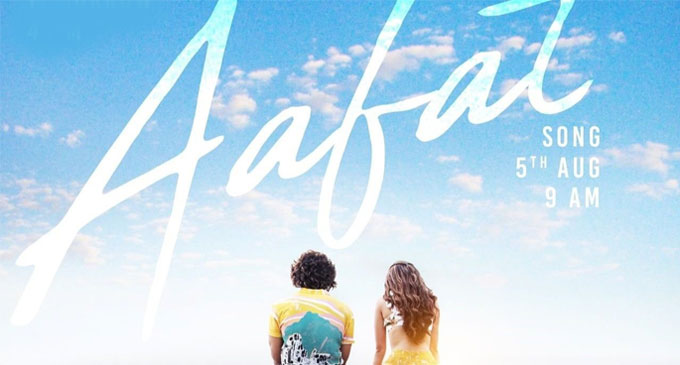 (FASTNEWS | INDIA) – The third lyrical song titled ”Aafat” from Vijay Deverakonda’s much anticipated ”Liger” is here.  The actor unveiled the promo video of ”Aafat” as the full song will be released on August 5th.

The promo gives a glimpse of Vijay Deverakonda & Ananya Panday’s cute chemistry. He introduced Ananya, who is playing his love interest, as ‘beautiful drama queen’

Sharing the promo video of ”Aafat” on social media, Vijay Deverakonda wrote, “There’s always a beautiful drama Queen who will come between a mother and son! #Aafat Song Tomorrow at 4 PM!”.

Previously, the makers released two songs ”Akdi Pakdi” and ”Waat Laga Denge” from the film and they set the internet on fire. Both the songs hit the right chord among music lovers and became superhit chartbusters.

Unlike the last two songs, ”Aafat” will be a romantic song and fans have huge expectations of it already. Tomorrow, at 4 PM, the full lyrical song will be out.

There’s always a beautiful drama Queen who will come between a mother and son!#Aafat 💞

”Liger” is helmed by Puri Jagannadh and produced by Karan Johar. The film marks Vijay’s debut in Hindi cinema. It also stars Ramya Krishnan as his mother and Ananya Panday as his girlfriend, Ronit Roy as his coach and Mike Tyson in a cameo. It is all set to hit theatres on August 25 in Hindi, Tamil, Telugu, Kannada and Malayalam languages.

As ”Liger” is set for theatrical release on August 25, Vijay Deverakonda and his co-star Ananya Panday are busy promoting the film in Hyderabad.

Recently, they left midway from their promotional event at a mall in Navi Mumbai after they faced a massive turnout that got “uncontrollable”. The hype and response for the movie is unbelievable and movie buffs are eagerly waiting to watch it on the big screen.