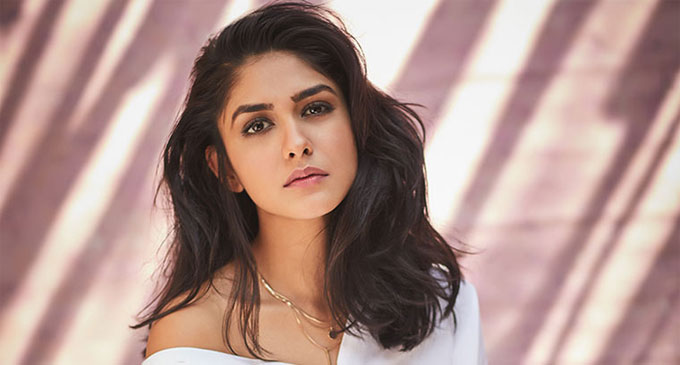 (FASTNEWS | INDIA) – Mrunal Thakur has been going places. The ”Jersey” actress who was once a television actor acted in Marathi cinema too. After being a part of films made in her mother tongue (Marathi), she took a plunge in Bollywood. Soon, she is all set to see the release of her debut south film starring Dulquer Salmaan.

Talking about her exploring projects in multiple languages, Mrunal who was seen in films like ”Super 30”, ”Batla House”, ”Toofaan” and ”Dhamaka” says, “I am someone who likes doing different things at the same time.”

”I just like to impress my audience. Since I am a Maharashtrian, my parents wanted me to be a part of Marathi films. They were keen that I do something in our mother tongue.”

She further adds, “I have done a Telugu film now. Language should never be a barrier for an actor. What matters is how you are able to reach out to the audience.”

”We have a different range of viewers and I don’t just want to cater to a particular Bollywood, Marathi or south audience. I want to do international films in foreign languages like Spanish and French too.”

”It is always nice to learn about different cultures through these films. So, I am really happy that I don’t prefer to get stereotyped.”