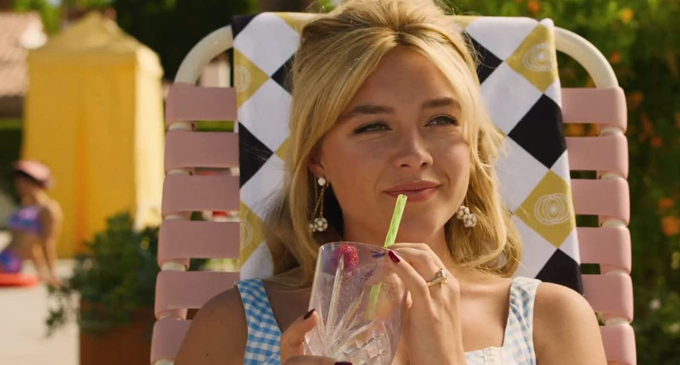 (FASTNEWS | COLOMBO) – The lead-up to the release of Olivia Wilde’s new thriller “Don’t Worry Darling” has been heavily defined by the controversies and rumors surrounding it, much of it centered on the working relationship between the director and her leading lady Florence Pugh.

On the day of the film’s release, one more report popped up claiming from an anonymous source that Pugh got into a ‘shouting match’ on the set with Wilde at one point during the production, with the actress alleged to be frustrated over Wilde’s conduct.

Now though, a statement has been released shooting down the claims – a statement signed by forty crew members from the production. Sent to ET Online, the statement was penned by the film’s producer Miri Yoon with many of the crew then signing off on it. It reads:

“As a crew, we’ve avoided addressing the absurd gossip surrounding the movie we’re so proud of, but feel the need to correct the anonymous ‘sources’ quoted in a recent article.

Any allegations about unprofessional behavior on the set of Don’t Worry Darling are completely false. Olivia is an incredible leader and director who was present with and involved in every aspect of production.

She ran this set with class and respect for everyone involved. There was never a screaming match between our director and anyone, let alone a member of our cast.

We are happy to put our names on this, as real people who worked on the film, and who have witnessed and benefitted from the collaborative and safe space Olivia creates as a director and leader. We’re also thrilled that the movie is in theaters this weekend. We can’t wait for you to see it on the big screen.”

This follows on from cinematographer Matthew Libatique dubbing the set the most “harmonious” he has ever worked on and said he was “never witness to anything” and “didn’t feel anything” was off during his time on the production.

The film is currently tracking to open at the top of the box-office this weekend with a solid $19.2 million three-day haul domestically. Overseas the film is set to add a further $10.8 million this weekend.