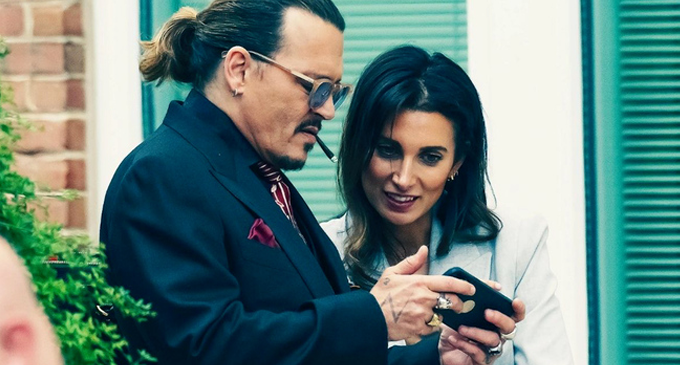 The evolution of Johnny Depp and Joelle Rich’s relationship

(FASTNEWS | COLOMBO) – Hollywood star Johnny Depp and his former lawyer Joelle Rich’s relationship may not be as serious as previously reported.

While they have actually been together since his defamation trial, their relationship is reportedly not exclusive, reports.

As per TMZ report, sources say the ’21 Jump Street’ star and the British attorney, who represented him in the UK libel trial against The Sun, have no plans to settle down as an exclusive couple any time soon.

One of the sources goes on claiming that the Hollywood star was spotted getting cozy with another woman on the set of his upcoming movie in France.

It seems that Johnny and Joelle are not on the same page about the direction of their relationship as the site says it’s more Joelle who wants it to be a serious relationship than Johnny.

Us Weekly previously broke the news that Johnny is dating his former lawyer Joelle.

In fact, they were hiding their relationship in plain sight as the London-based privacy attorney came in support of the ‘Fantastic Beasts: The Crimes of Grindelwald’ star during the trial for his defamation lawsuit against his ex-wife Amber Heard.

“Their chemistry is off the charts,” a so-called insider told the news outlet last week of the pair, gushing, “It’s serious between them. They are the real deal.”

Joelle, who did not work on Johnny’s defamation case, had no “professional” obligation to be present for the hearing back in June. She, however, attended the Virginia courtroom to show her “support” for Johnny and the source claimed that the pair had been “meeting up” in hotel rooms in the early days of their romance.

The source added, “There was no professional obligation for her being there. It was personal. She wanted to show her support. [Johnny and Joelle] discreetly met up in hotel rooms during the early stages.”
As to how Amber reacted to Johnny’s dating reports, a source has told Entertainment Tonight, “Amber isn’t paying attention to Johnny or his personal life. She doesn’t care who he dates and just wants to move forward with her life.”