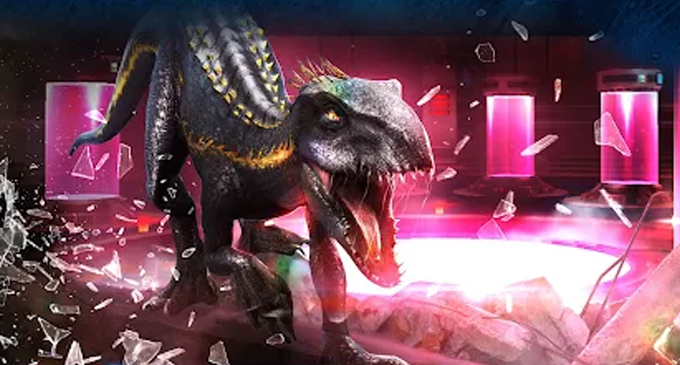 (FASTNEWS | COLOMBO) – After having directed both “Jurassic World” and this year’s “Jurassic World Dominion,” filmmaker Colin Trevorrow has teased that Universal is already looking to the future of the “Jurassic Park” series beyond the recent entry.

‘Dominion’ pulled in over $1 billion at the box-office worldwide, even as reviews for it are the worst for the franchise to date with just 29% on Rotten Tomatoes. Creatively the series feels like it has run out of juice after six films, two animated series, a short film and a ton of tie-in merchandise from video games to stickers.

Speaking with Empire, the director says the recent film was originally never made with the intention of it being the end of the series. It’s the marketing that teased it as “the epic conclusion to the Jurassic era,” and Trevorrow understands it probably isn’t the true end for the series:

“I never knew that this was the ending of the franchise until I saw the marketing. Those guys are brilliant at what they do, but for me I think it might have been clearer if they’d said, ‘The end of an era’, as opposed to all of it, because regardless of the cynical approach — of course they’re gonna want to make more money, which is what ‘Jurassic World’ was about — a new dinosaur fan is born every day. Kids deserve these movies, and young filmmakers grow up on these stories – much like ‘Peter Pan’ and ‘The Wizard Of Oz’ and worlds we’ve returned to constantly.”

He says ‘Dominion’ was designed in a way to move the franchise forward and provide fresh storytelling opportunities down the line if Universal is interested. He cites Kayla Watts [DeWanda Wise], and Ramsay Cole [Mamoudou Athie] as characters that a new generation could latch onto, and says:

“I specifically did something different than the other films in order to change the DNA of the franchise. The previous five films are plots about dinosaurs. This one is a story about characters in a world in which they coexist with dinosaurs. For the franchise to be able to move forward – because it’s inherently unfranchisable, there probably should have only been one Jurassic Park – but if we’re gonna do it, how can I allow them to tell stories in a world in which dinosaurs exist, as opposed to, here’s another reason why we’re going to an island?”

The obvious questions now are when, not if, the “Jurassic” franchise returns – what form it will take, who will star and how long will Universal wait before reviving it? The extended version of “Jurassic Park: Dominion” is available now on home video platforms.