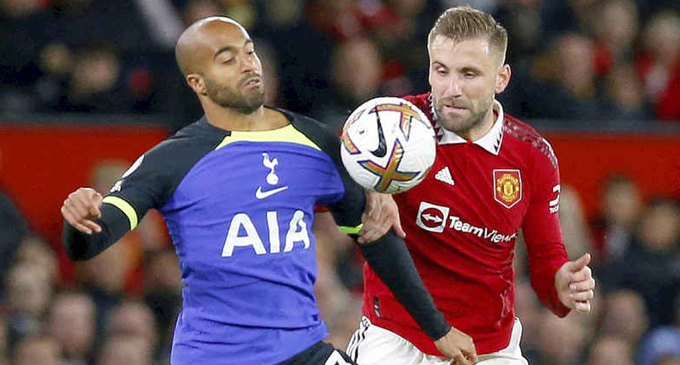 (FASTNEWS |  MANCHESTER) – Manchester United produced one of its best performances of the season as goals from Fred and Bruno Fernandes secured an emphatic 2-0 win over Tottenham Hotspur in the Premier League on Wednesday.

United rained in 18 shots on the Spurs goal in the first half without scoring, Antony’s curling effort against the post and Marcus Rashford’s powerful strike that was well saved being the closest they came to taking the lead.

It did not take the host long to break the deadlock after the interval, however, with Fred’s side-footed shot deflected past Spurs keeper Hugo Lloris less than two minutes into the second half.

United kept coming and deservedly put the game to bed in the 69th minute when Fernandes powered a strike into the net after another excellent flowing move.

The host had further chances to make the result more comprehensive, but two goals were enough to lift fifth-placed United to within four points of Spurs in third.