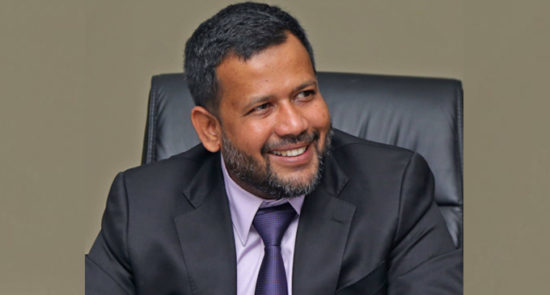 (FASTNEWS | COLOMBO) – The Leader of the All Ceylon Makkal Congress (ACMC) and Member of Parliament Rishad Bathiudeen has been one of the primary targets since the Rajapaksa regime returned to power in 2019. The preliminary indication of the witch-hunt was depicted when Bathiudeen was targeted for an alleged abuse of State resources to transport voters to the Election booth. However, the case bearing No. 16071/20/CID which led to his arrest culminated in different results.

Following the victory of Gotabaya Rajapaksa at the Presidential Polls in 2019, the Rajapaksa regime led a witch-hunt targeting several Muslims including Muslim political Leaders such as the Leader of National Unity Alliance (NUA) Azath Salley and Rishad Bathiudeen. However, the vendetta against Bathiudeen seemed vengefully personal and unrelenting.
It began soon after the Parliamentary Elections were announced for August 2020. Bathiudeen was repeatedly summoned to issue statements to the CID on a very regular basis for his alleged involvement in the Easter Attacks, thereby hindering his political campaign. However, Bathiudeen went on to win the election. However, soon after the elections, a new charge was brought before Courts that Bathiudeen had been involved in an alleged abuse of State resources to facilitate the transport of voters to election booths.

Bathiudeen continued to be targeted by the Rajapaksa regime, especially through the Ministry of Public Security, irrespective of the outcome of the aforesaid allegation of violation of election laws. This article shall nevertheless investigate only the circumstances and outcomes of the case on Election law violations.

Rishad Bathiudeen was the Minister of Industry and Commerce, Resettlement of Protracted Displaced Persons, Cooperative Development and Vocational Training and Skills Development under the ‘Yaha Palanaya’ Government. Bathiudeen together with Project Director Mohamed Yaseen Samsudeen and Project Accountant Alagarathnam Manoranjan were accused of violating Section 82 (1) of the Presidential Elections Act, No. 15 of 1981 by misappropriating public funds amounting to Rs. 9, 529,060/- during the Presidential Elections.

The allegation suggested that 222 buses belonging to Sri Lanka Transport Board (SLTB) had been deployed by Bathiudeen at State cost to transport internally displaced persons (IDPs) from Puttalam to polling stations in Silavathurai during the 2019 Presidential Election.

The Police sought a warrant from the Magistrate of Colombo Fort on 13 October, 2020, but was turned down. The Magistrate however informed the Police that the arrest could be executed without a warrant. On that account, Attorney General at the time, Dappula de Livera issued a directive to the Police to arrest the parties stated above without a warrant. Six CID teams were then deployed to track down and arrest Bathiudeen.

Bathiudeen and his lawyers thereafter filed a writ application on or about 15 October 2020 in an attempt to prevent his arrest. The application yielded no results and Bathiudeen was eventually arrested from an apartment in Dehiwala on 19 October 2020 together with six others who were allegedly aiding Bathiudeen to evade arrest.

Bathiudeen continued to remain in remand until he was granted bail on 25 November 2020. The bail was conditional and granted only on the condition that he would surrender his passport to the Courts. The case continued until the 15 October this year when it was concluded due to lack of evidence.

Circumstances of the Case

Sri Lanka’s ethnic conflict prevailing in the North and East until 2009 had displaced many people. Many of these were Muslims who were forcefully evicted in 1990 leaving behind their belongings due to their refusal to support the LTTE. The Sinhalese too were evicted. They were termed Internally Displaced Persons (IDPs). Many were accommodated in IDP camps set up by the Government, but not all were treated with the same respect and many families had to fend for themselves.

Many Muslims relocated in Puttalam until they could one day return to their homes. Following the conclusion of the war, many IDPs attempted to return to their homes, but they were restricted by numerous impediments and constraints. Loss of land deeds, destruction of their homes, lack of basic amenities, State imposed systems among other reasons contributed to delays. At present there are an estimated 12, 000 IDPs living in Puttalam District.

Considering the issues, a Cabinet Memorandum dated 10 May 2016 was presented before the Cabinet categorizing the IDPs into four categories. The first category included those who had managed to be resettled in their proper homes in the North permanently. The second category included those who returned to their homes, but not to a permanent abode. The third category were those who had been delisted from their IDP camps, but could not be returned to their homes owing to the aforesaid impediments. The fourth category had integrated with the local populace and made their homes in Puttalam or elsewhere thereby lacking will to return.

The said Memorandum proposed that the Registration of Electors Act, No. 44 of 1980 be amended to permit the IDPs displaced during the war to vote in their native areas where they resided before displacement. It also proposed the establishment of a Taskforce for the resettlement of IDPs. The Memorandum was approved and eventually, the Registration of Electors (Special provisions) Act No. 10 of 2017 was enacted. Thereafter, Gazette Extraordinary No. 2103-33 dated 28 December 2018 was published. It established the proposed Taskforce under the purview of the Ministry of Industry and Commerce, Resettlement of Protracted Displaced Persons, Cooperative Development and Vocational Training and Skills Development.
Meanwhile, the IDPs formed a Forum under the title, ‘Northern Displaced People’s Forum’ and addressed their concerns with the taskforce through this forum. They had complained to the taskforce on 14 November 2019 that the registration of their votes for the Presidential Election in 2019 had not been adequately done. The matter was raised before then Minister Rishad Bathiudeen under whose purview the taskforce was. They had requested that their votes were registered in the Vanni District, but could not find transport to travel to the election booths to cast their vote.

With hardly any time for the Elections, Minister Bathiudeen wrote to then Prime Minister Ranil Wickremesinghe seeking his approval for the ‘Project Management Unit for Resettlement of IDPs’ to acquire buses owned by Sri Lanka Transport Board (SLTB) to facilitate transport for the IDPs. The proposal was accepted and a letter was immediately dispatched on behalf of the Secretary to the Prime Minister making request for suitable steps to be taken by the said Project Management Unit for Resettlement of Protracted IDPs.

The matter was also raised before the Elections Commission, who had thence granted consent to the Chairman of the SLTB to provide transport to the IDPs.

On 15 November 2019, the President of the Northern Displaced People’s Forum also wrote a letter to the Prime Minister seeking his intervention to provide 230 buses to transport 12, 500 persons. Based on this requirement, negotiations were commenced with SLTB in accordance with Management Services Circular No. 01/2019. Minister Bathiudeen also wrote to then Minister of Finance, the Mangala Samaraweera and the Late Minister had minuted his approval on the same letter.

Eventually 225 buses were provided for the transport of IDPs billed at Rs. 9,529,060/-, for which the Project Management Unit for Resettlement of IDPs had offered to place the moneys as security to release the buses on the condition that once the moneys had been recovered, the moneys were to be reimbursed to the account of the Project Management Unit.
The buses were released and the IDPs were able to travel to their respective election booths to cast their votes at the Presidential Elections 2019.

Outcomes of the Case

Following the presentation of evidence, including all material letters and documents, on 15 October 2022, the Attorney General informed the Courts that there was insufficient evidence to constitute charges against Rishad Bathiudeen for any alleged misappropriation of State resources. As a result, the case is now concluded.
However, no person can appreciate the trials and tribulations of being wrongfully implicated and arrested. The Police, then under the purview of Minister of Public Security, Sarath Weerasekera, deployed six teams to seek the arrest of Rishad Bathiudeen and others with scant evidence or investigation into the matter. If a mere search of Government records would indicate a paper trail of formal procedures followed, and such an investigation was not performed by the Government prior to making arrest, then it is either a case of omission and negligence of the Government and if not that, then it is a clear case of abuse of State authority.
The negligence or abuse of authority resulted in severe and irreversible damage to the image and repute of Rishad Bathiudeen. It has costed him considerable amount of time spent in incarceration. He was humiliated in a highly publicized manner, and thereafter arrested and further humiliated. He has finally managed to clear his name and regain his honour, but the publicity received upon his acquittal is heavily disproportional to the humiliation.

Rishad Bathiudeen is a renowned name in Sri Lankan politics. His name is often attached to controversy, but it is his political will that often ignites the anger of his political enemies. His refusal to align with the Rajapaksas during the Constitutional coup in 2018 and at the Presidential Election in 2019 had earned their wrath. He has been targeted on multiple occassions and severely humiliated through arrest in other cases too, none of which have returned any facts on the allegations. Such political witch-hunts should stop, and the instigators, conspirators and political motivators need to be brought to book. No person deserves to be degraded and wrongfully accused on the sheer purpose of political revenge.