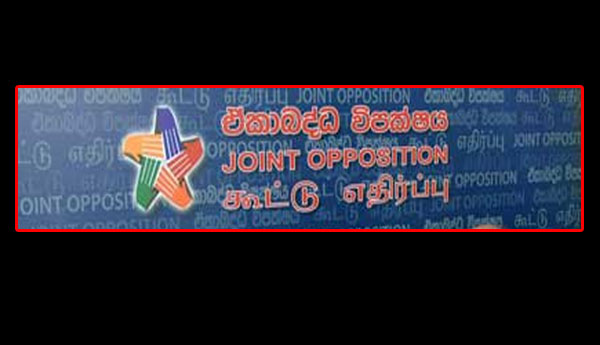 Joint Opposition to Raise Their Voices at Hyde Park Today

Meeting  has been organized to protest against the government based on five key points.

Speaking at a media briefing held in Colombo yesterday, MP Wimal Weerawansa said the present government has failed to fulfill the aspirations of Srilankans.

However, Sri Lanka Freedom Party General Secretary Minister Duminda Dissanayake issuing a letter said all MPs from the SLFP are prohibited from participating in the rally.

The General Secretary said strict disciplinary action will be taken against those who participate in today’s rally.

Minister Duminda Dissanayake said the decision was arrived at by the Central Working Committee of the SLFP.

However, the Joint Opposition said 41 MPs representing the Sri Lanka Freedom Party are due to participate in today’s rally.

Speaking to NewsRadio, Parliamentarian Udaya Gammanpila said a majority will participate in the rally by disregarding orders of the SLFP.

Meanwhile, General Secretary of the United People’s Freedom Alliance Minister Mahinda Amaraweera said the Sri Lanka Freedom Party should not be divided if it wants to form a new government.

Speaking at a media briefing held in Colombo today, Minister Amaraweera said the United National Party will have an advantage if the party is divided.