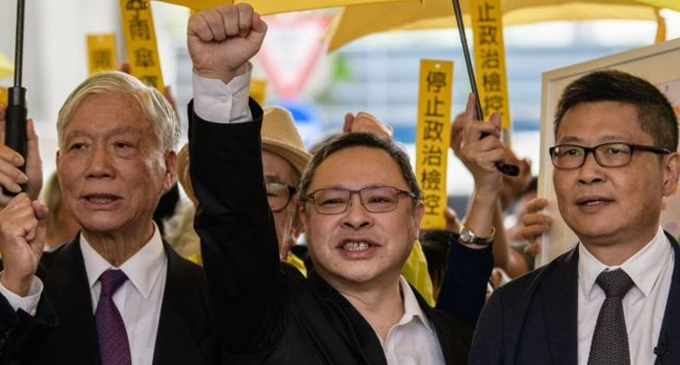 (FASTNEWS|COLOMBO) – Nine pro-democracy activists have been found guilty of public nuisance charges for their involvement in mass rallies which called for greater autonomy from China.

Among them are three prominent activists who are seen as the faces of Hong Kong’s pro-democracy movement.

They could be jailed for up to seven years for their part in the “Umbrella” protests in 2014.

Thousands marched demanding the right for Hong Kong to choose its own leader.

“No matter what happens today… we will persist on and do not give up,” Mr Tai had told reporters ahead of the verdict.

Mr Tai and Mr Chan were both found guilty of conspiracy to cause public nuisance and inciting others to commit public nuisance, according to local media outlets.

Mr Chu was found guilty of conspiracy to cause public nuisance.

A large crowd gathered outside the court on Thursday in support of the nine activists.