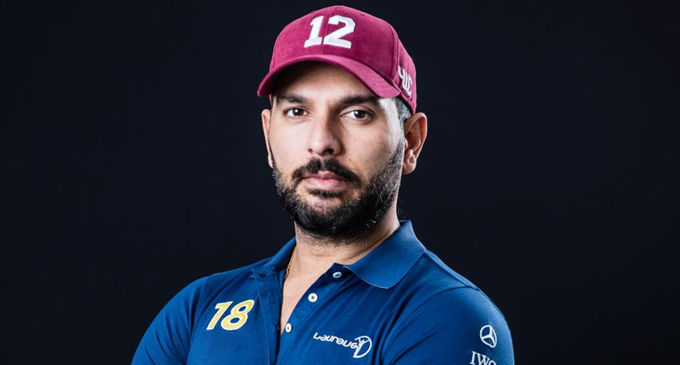 (FASTNEWS|COLOMBO) –  Yuvraj Singh, a winner of two World Cup titles who overcame cancer and a drop in form to fight his way back into India’s national side, announced Monday that he is retiring from cricket.

“It was a great roller coaster ride and beautiful story but it has to come to an end. It was the right time to go,” the 37-year-old left-hand batsman told a press conference in Mumbai.

At his peak, Yuvraj was a rip-roaring batsman. He hit 14 centuries in one-day internationals and bludgeoned England’s Stuart Broad for six sixes in one over at the 2007 World Twenty20.

“I have been playing international cricket on and off for 17 years. Now it is time to say goodbye,” he said, at times fighting back tears as he made the announcement.

“Cricket has given me everything and that’s why I am standing here,” he said.

“It’s been a love-hate relationship. It taught me how to fall, how to fight, how to get up again.

“I am proud of what I have achieved on and off the field.”

One of the cleanest strikers of the ball and a middle-order lynchpin, Singh played the last of his 304 one-day internationals two years ago.

He played a key role in India’s World Twenty20 triumph in 2007 and was player-of-the-tournament — scoring four fifties and a century — when India won the 50-over World Cup in 2011.

A few weeks later, Singh was diagnosed with a rare lung cancer.

“It was a harsh reality…(but) I was not going to let that disease defeat me,” said Singh.

Although he fought back to play again, he was not able to match his high-scoring skills.

He suffered a new blow when India reached the World T20 final against Sri Lanka in 2014 and he was later dropped from the one-day side after playing poorly.

“I scored 11 off 21 balls. It was so shattering that I felt my career was over.”

Again Singh did not give up.

He was recalled for a home series against England in 2017 to bring stability to the middle order.

Singh posted a career-best ODI score of 150 in the series and was included in India’s squad for Champions Trophy the same year but his form dipped again.

He scored 8,701 runs from 304 ODIs, including 14 centuries. A handy bowler, he also took 111 wickets to underline his all-round talent.

Singh’s stats in Test cricket were less flattering. He collected 1,900 runs from 40 games at an average of under 34.

“My life has been like a roller coaster ride. Winning the World Cup (in 2011) and being named the man of the series was like a dream,” Singh said as his mother and wife — Bollywood actress Hazel Keech — sat among the audience.

Singh had been with the Mumbai Indians in the Indian Premier League this year. AFP