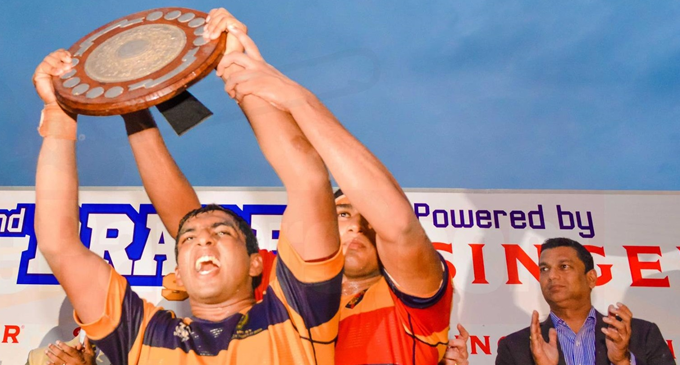 (FASTNEWS|COLOMBO) – Ishanka Abeykoon, who officiated at the Rosslyn Parks Sevens and Borneo Sevens, will be in-charge of the second leg of the 75th Bradby Shield match between Royal and Trnity to be played at the Royal Sports Complex, Reid Avenue on Saturday June 15, according to the Sri Lanka Rugby Football Referees Society.

The Unde 18 Simithriarachchi trophy games will be handled by Dilum Dilshan.

Abeykoon, was the assistant referee to Aaqil Jamaldeen in the first leg played in Pallekelle which was won by Royal 34-17. He is a product of Nugawela Central and also coached Trinity juniors before being picked as a referee of potential.

He refereed in the prestigious Rosslyn Park Sevens in the United Kingdom in 2017, attended a referees’ workshop last year and officiated the Plate final at Borneo Sevens this year.

Ted Hiran Muttiah, Royal captain in 1982, will be the chief guest and hand over the Bradby Shield to the winning team. (DN)