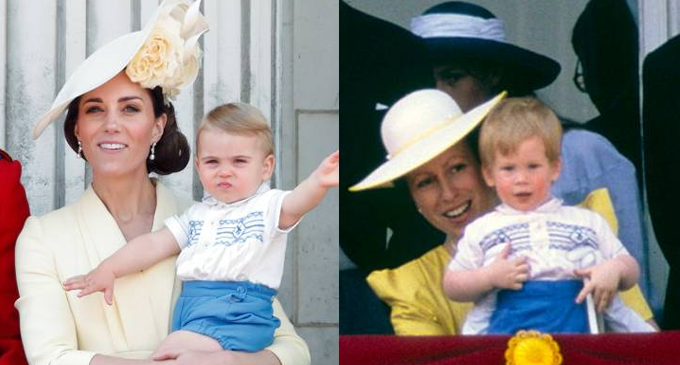 It may have been Queen Elizabeth II’s ceremonial birthday, but it looks like Prince Louis of Cambridge stole the show.

During his first Trooping the Colour parade on Saturday, the one-year-old waved to the public wearing a vintage hand-me-down from his uncle.

The white shirt with blue embroidery and bright blue shorts combo was first seen on Prince Harry in 1986.