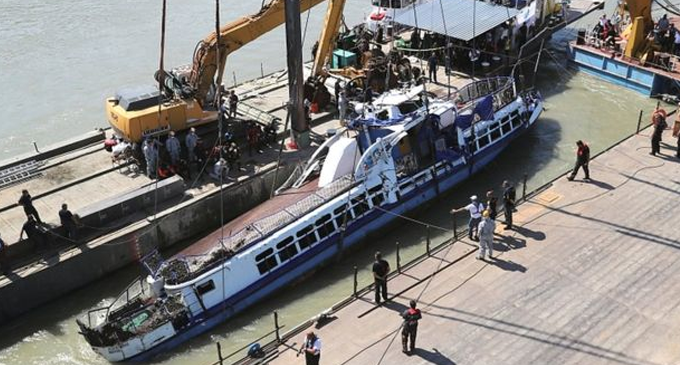 (FASTNEWS|COLOMBO) – At least four more bodies have been recovered as salvage crews raised the wreck of a tourist boat that sank on the Danube in Budapest last month.

Divers entered the boat as a floating crane slowly brought it to the surface.

The Mermaid was carrying South Korean tourists when it was in collision with a cruise ship and capsized, leaving 20 people dead and eight others missing.

Recovery efforts by Hungarian and South Korean teams have been hampered by high water levels in the Danube.

Footage from the scene on Tuesday morning showed the cabin and upper deck of the boat emerge from the water and divers then carry out a search for victims still trapped inside.