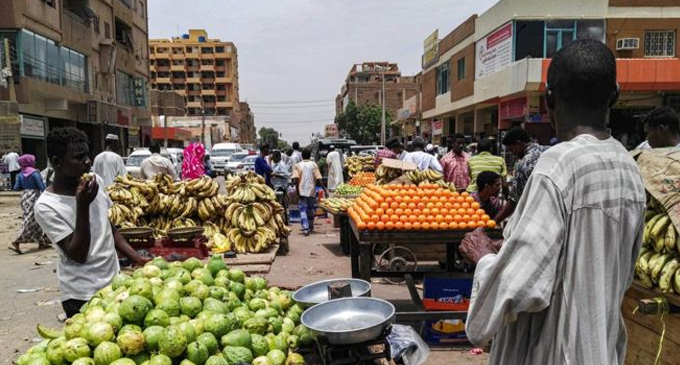 Separately, an opposition alliance agreed to suspend its campaign of civil disobedience and widespread strikes.

The army – which has been in control since long-time President Omar al-Bashir was ousted in April – has agreed to release political prisoners, special envoy Mahmoud Dirir told reporters.

Pro-democracy protesters are demanding a return to civilian government.

Talks broke down after dozens of protesters were killed in a crackdown on a sit-in on 3 June. Since then much of the country has been shut down after the opposition called for an open-ended strike.

Doctors say 118 people have died in the recent outbreak of violence, while officials say there were fewer fatalities – putting the number at 61.

Soldiers have patrolled the streets of Sudanese towns since then, while most businesses have remained closed.

On Tuesday, the Ethiopian mediator between the two sides said that talks on restoring a civilian administration would begin soon.

The army has agreed to release political prisoners as a confidence-building measure, Mahmoud Dirir said.

The opposition Alliance for Freedom and Change issued a statement urging people to return to work on Wednesday.

The Sudanese Professionals Association (SPA), which called the strikes in the first place, backed the temporary suspension and urged people to return to work for the time being. (Foreign Media Reports)