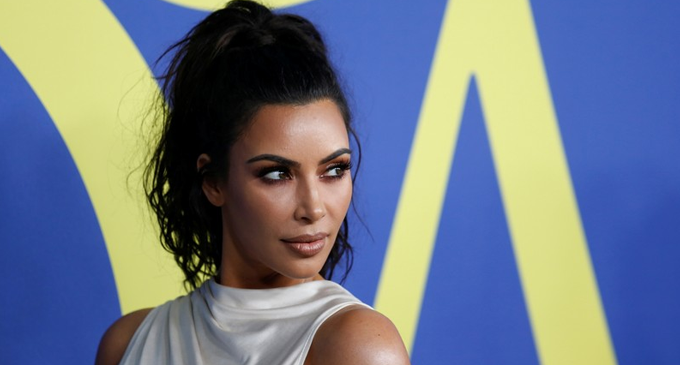 Kimono is ‘Japanese thing’: Japanese official to Kim on her shape wear line

(FASTNEWS|COLOMBO) – After Kim Kardashian announced that she will be renaming her shapewear line; Kimono, Japan’s trade minister has said that Kimono belongs to Japan and is a part of the country’s culture.

The minister also added that he will dispatch senior officials next week to Washington and ask the U.S. trademark officials to handle the case “appropriately”.

Kardashian recently announced that she will rename her line after facing backlash for ‘disrespecting’ Japanese culture.

It was less than a week ago that the makeup mogul shared her new line of shapewear, initially called Kimono on Twitter.

“Finally I can share with you guys this project that I have been developing for the last year. I’ve been passionate about this for 15 years. Kimono is my take on shapewear and solutions for women that actually work,” Kim had tweeted.

Two days later, the reality star addressed criticism surrounding the name of the line, with claims that she culturally appropriated the term for a traditional Japanese garment.

“I understand and have deep respect for the significance of the kimono in Japanese culture and have no plans to design or release any garments that would in any way resemble or dishonor the traditional garment,” Kim told The New York Times in a statement, as cited by E! News.

“I made the decision to name my company Kimono, not to disassociate the word from its Japanese roots but as a nod to the beauty and detail that goes into a garment. Filing a trademark is a source identifier that will allow me to use the word for my shapewear and intimates line but does not preclude or restrict anyone, in this instance, from making kimonos or using the word kimono in reference to the traditional garment,” she added in her statement.

“My solution-wear brand is built with inclusivity and diversity at its core and I’m incredibly proud of what’s to come,” Kim said.  (NK)