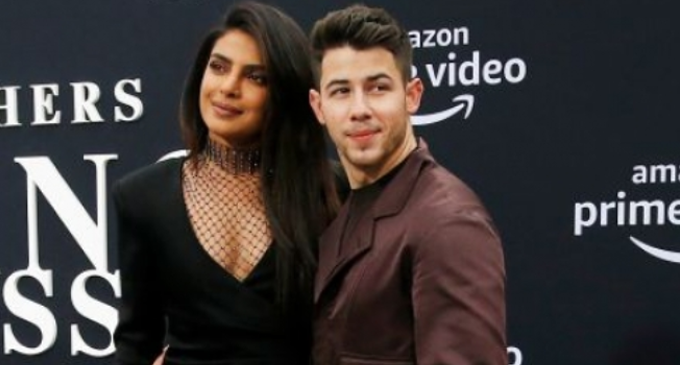 (FASTNEWS | COLOMBO) – Priyanka Chopra and her pop star hubby Nick Jonas often spend time apart from each other, owing to work, and it seems Nick missed her presence the most during the 2019 Video Music Awards.

A photograph from the event is doing the rounds on the Internet in which Nick is seen standing alone, while his brothers Joe and Kevin are kissing their wives Sophie and Danielle respectively.

Netizens had hilarious reactions to the picture and soon converted it into memes.

“When you are single and your friends invite you out but promise you won’t be a third wheel,” one meme read.