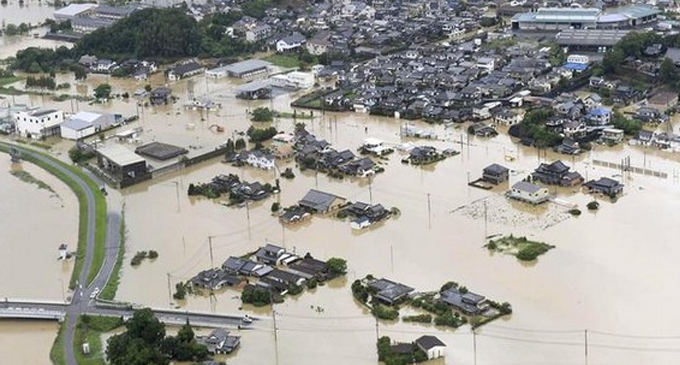 Authorities have issued an evacuation order for more than 6,70,000 people in the southwestern part of Japan as rivers in the region are overflowing due to torrential rainfall. The order has been issued for Saga, Fukuoka and Nagasaki prefectures in northern Kyushu, NHK reported.

In Saga Prefecture, in the Kyushu region, the main railway station was flooded and a number of vehicle were seen submerged. A number of landslides were also reported. At least three people have been killed and one person is missing.

The Japan Meteorological Agency has forecast heavy rainfall in wide areas from western to Northern Japan through Friday, reported Kyodo News. Kyushu Railway company has cancelled some services in the region especially in the three prefectures. (Japan’s Kyodo News Reports)