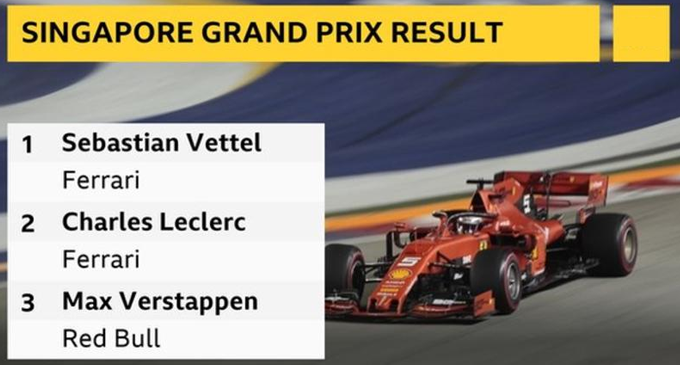 The German benefited from unusual Ferrari strategy to leapfrog team-mate Charles Leclerc into the lead.

Leclerc told the team over the radio that it was “unfair” and it will do little to reduce tension within the team.

But it was a much-needed victory for the four-time world champion who has had a difficult, error-strewn season and faced questions about his status and future.

The German has continued a run of one major driving error every three races since June last year, and seen Leclerc, already a two-time winner in his first season at Ferrari, emerge as a serious threat to his position as number one in the team.

But Leclerc was very unhappy and made his feelings clear.

And it pushed Lewis Hamilton, who started second in the Mercedes, down to fourth, behind Red Bull’s Max Verstappen.