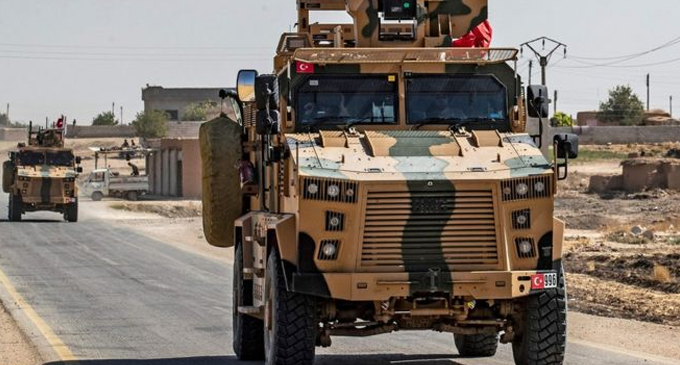 (FASTNEWS | COLOMBO) – The US will step aside for an imminent Turkish operation against Kurdish-led forces in north-eastern Syria, the White House has said, in a major shift.

Turkey wants to clear Kurdish militiamen – whom it regards as terrorists – away from the border.

The Turks would become responsible for all Islamic State (IS) group prisoners in the area, the US statement said.

Kurdish YPG fighters have until now received strong support from the US, which has hundreds of troops in Syria.

In January, President Trump threatened to “devastate Turkey economically” if it attacked Kurdish forces following a planned US pullout from Syria.

However, the White House statement issued on Sunday makes no reference to the YPG, which has played a leading role in defeating IS – also known as Isis – in Syria.

What did the White House say?

“Turkey will soon be moving forward with its long-planned operation into Northern Syria,” the statement said.

“The United States Armed Forces will not support or be involved in the operation, and United States forces, having defeated the ISIS territorial ‘Caliphate’, will no longer be in the immediate area.”

The White House also said that Turkey would take over all responsibility for Islamic State (IS) group fighters captured over the past two years.

“The United States government has pressed France, Germany, and other European nations, from which many captured ISIS fighters came, to take them back but they did not want them and refused. 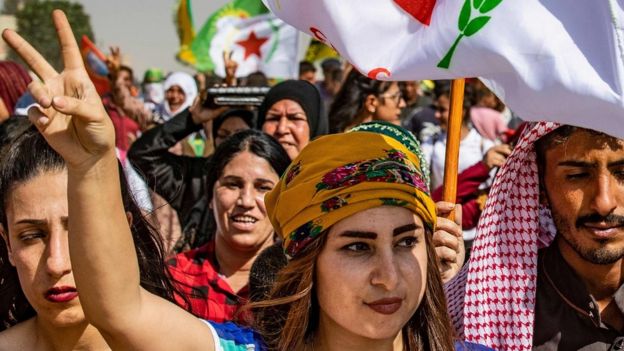 What is Turkey’s plan?

Late on Sunday, Mr Erdogan’s office said that he and President Trump had spoken on the phone about Turkey’s plan to set up a “safe zone” in North-Eastern Syria.

It said the move was needed to combat “terrorists” and create “the conditions necessary for the return of Syrian refugees to their native country”. 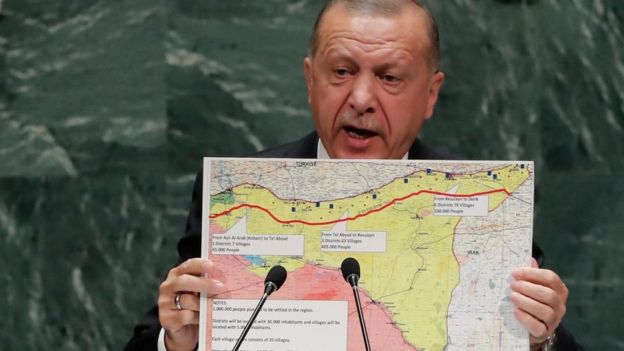 Turkey hosts more than 3.6 million Syrians who fled the civil war that began in 2011. It wants to move up to two million of the refugees from its territory into the zone.

In his call with Mr Trump, President Erdogan also expressed his “frustration over the US military and security bureaucracy’s failure” to implement an agreement about the zone reached in August, his office said.

On Saturday, he warned that Turkish forces could launch a cross-border offensive in the coming days.

He has not given any details about the scale of the planned offensive.

The YPG was a major part of the Syrian Democratic Forces (SDF), the US-supported force that defeated IS in Syria.

Turkey considers the YPG an extension of the banned Kurdistan Workers’ Party (PKK) which has fought for Kurdish autonomy in Turkey for three decades.

The YPG denies any direct organisational links to the PKK.

Turkey has previously condemned the US for supporting the YPG.