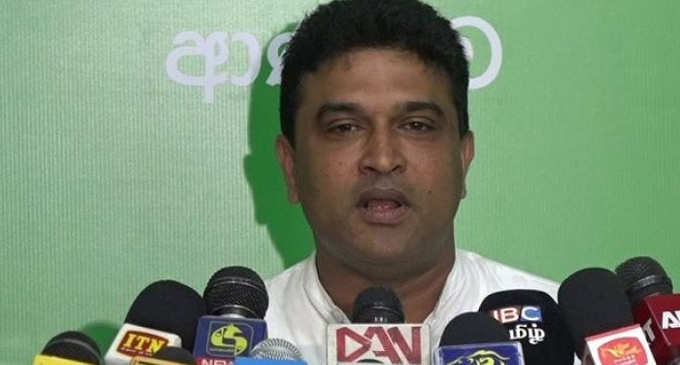 Speaking at a media briefing the Deputy Minister said the Memorandum of Understanding (MoU)  between the SLFP and the Podujana Peramuna will lead to the destruction of the Sri Lanka Freedom Party.

Deputy Minister Nalin Bandara said even though the SLFP extended their support to Gotabaya Rajapaksa, loyal SLFP supporters will not back the SLPP candidate.

He noted that SLFPers, who are instilled with the policies of the party, will not support the formation of such an alliance.

Deputy Minister Nalin Bandara added the SLFP supporters are aware of who is responsible for the present situation of the party and the events that led to the party’s downfall.