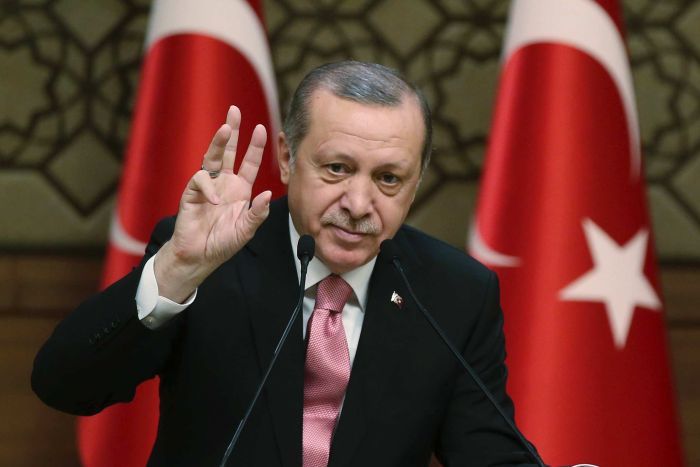 (FASTNEWS | COLOMBO) – When Turkey’s third cross-border operation in Northern Syria started on 9 October, condemnation of the Turkish “invasion” came from around the world, as well as calls for it to be stopped. The next day, five member states in the European Council — France, Germany, Belgium, Britain and Poland — asked Turkey in a joint statement to terminate its unilateral military action, pretexting that the operation might lead to the resurgence of Daesh terrorists in the region. The US and Russia vetoed the statement, which failed to pass in the UN Security Council.

Though they have failed to produce viable solutions to the ongoing refugee crisis, most of the European countries have always been critical of Turkey, which hosts more than 4 million refugees. Interestingly, Saudi Arabia, the United Arab Emirates, Bahrain, Kuwait and Egypt have also voiced their opposition to Turkey’s operation. They called it an “invasion of an Arab state’s land and aggression against its sovereignty.”

In 2016, the then Saudi Foreign Minister Adel Al-Jubeir reiterated that “ Riyadh supports what Ankara is doing in Northern Syria. I do believe that the aims of Turkey and Saudi Arabia in the region are almost the same.” However, the same Al-Jubeir has now condemned the “the Turkish incursion ” in North Eastern Syria and demanded an immediate end to the military operations. According to the Saudi official, “The Turkish offensive deepens the suffering of the Syrian people.”

It’s well-known that Ankara’s troubled relations with Riyadh were further strained after the brutal killing of Saudi journalist Jamal Khashoggi at the Saudi consulate in Istanbul in October 2018. Its already contentious relations with the Egyptian regime worsened after the surprising death of Mohamed Morsi, Egypt’s first democratically elected president who died in July of a heart attack after collapsing in a Cairo court. Turkey’s President Recep Tayyip Erdoğan called it a premeditated murder because Egyptian security officers left Morsi slumped on the floor for more than 30 minutes. He vowed later to explore all possible avenues to expose the crime.

Ironically, these particular Arab countries have stayed silent about Israel’s violations in Syria. In March, US President Donald Trump gave Israel the green light to annex the occupied Syrian Golan Heights, so Israel did. The moribund Arab League produced no tangible response to the annexation of the Syrian land occupied since 1981 nor to the provocative relocation of the US Embassy from Tel Aviv to Jerusalem.

Although the Arab League has been turned into a talking shop churning out clichés and obsolete narratives, it has not made a single pronouncement against the so called Syrian Democratic Forces (SDF) and its military wing, the People’s Protection Units (YPG), which have seized more than a third of Syria. According to Amnesty International, these separatist groups have committed what amount to war crimes against the Syrian Arabs.

Turkey’s Operation Peace Spring aims to prevent these elements from establishing an autonomous entity that threatens its national security. Ankara designates the SDF as an extension to the banned Kurdistan Workers’ Party (PKK). The SDF has repeatedly failed to distance itself from the PKK, and US Secretary of Defence Ashton Carter has confirmed “substantial ties” between the YPG and the PKK. Thus, if Saudi Arabia and its partners are deeply worried, as they claim, about the territorial integrity and sovereignty of Syria, they shouldn’t have aligned themselves with this terrorist group that aims to establish a self-governing state by partitioning Syria.

Over the past year, the Saudis have spent a lot of money — said to be $100m — to persuade Trump to extend the US military presence in Syria. Riyadh has reportedly set up recruitment offices in Hasakah and Qamishli in Northern Syria. The US-led anti-Daesh coalition declared that it was working with SDF allies to set up and train a new border force of 30,000 personnel in January 2018.

Saudi Arabia allocated $200 to every new-recruit for the border force. It was then reported to have dispatched truckloads of aid to the YPG. On the face of it, the Saudis, like the Americans, promote the YPG as the only effective power that could defeat Daesh but, on the other hand, they are mainly interested in counterbalancing both Turkey and Iran.

READ: US forces return to north Syria after withdrawal

Riyadh’s Syrian ally, Ahmed Jarba, the former president of the Syrian National Coalition, which was the main coalition of opposition groups in the country, commands thousands of fighters deployed between Deir Al-Zor to the east, Raqqa to the north and Hasaka in the north-eastern corner of Syria. With his involvement, the Saudis offered to send troops to patrol the area alongside the US and the YPG to prevent the rise of Daesh. The proposition was declined vehemently by Turkish officials.

Thus, Operation Peace Spring was a major blow to Saudi efforts to rein-in Turkey’s engagement in northern Syria that basically aims to expel terrorist groups and facilitate the repatriation of Syrian refugees to the safe zone that Ankara intends to establish.

The Saudi stance against Turkey in Syria is basically in line with that of Israel. The Zionist state has condemned the “Turkish invasion” and expressed sympathy with the YPG. Israel is known for its public and unequivocal support to the outlawed separatist PKK and its proxy in Syria, the YPG. It supports the establishment of a greater Kurdistan as a prospective ally and a means to reduce Turkey’s influence in the region.

Moreover, Turkey’s operation came days after signs that the Syrian regime could be reinstated in the Arab League, from which it was suspended in 2011, after regime forces crushed peaceful protests across the country. The recent brief cordial handshake between Ahmed Aboul Gheit, the Arab League Secretary General, and Walid Muallem, the Syrian Foreign Minister at the UN, suggested an imminent rapprochement between the two. Saudi Arabia’s close ally, the United Arab Emirates, re-established relations with Damascus in December last year.

The Saudi-led coalition has utterly failed in its ongoing war in Yemen. It has killed tens of thousands of innocent Yemenis and devastated the entire country. The Saudis and their friends have to “look in the mirror”, said Erdoğan, before criticising Turkey’s operation.

The views expressed in this article belong to the author and do not necessarily reflect the editorial policy of Middle East Monitor.