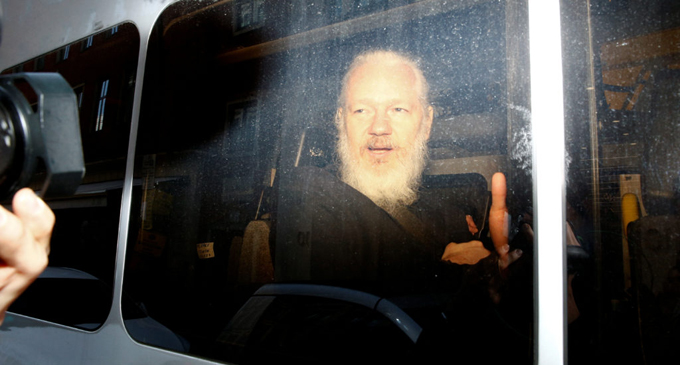 (FASTNEWS | COLOMBO) – More than 60 Doctors, including Doctors from Sri Lanka, wrote an open letter published today (25) saying they feared Julian Assange’s health was so bad that the WikiLeaks Founder could die inside a top-security British jail, the Agence France-Presse (AFP) reported.

The 48-year-old Australian is still fighting a United States (US) bid to extradite him from Britain on charges filed under the Espionage Act that could see him given a sentence of up to 175-years in a US prison.

In the letter to Home Secretary Priti Patel, Britain’s Interior Minister, the Doctors call for Assange to be moved from Belmarsh Prison in South-East London to a University Teaching Hospital.

They based their assessment on “Harrowing eyewitness accounts” of his 21 October Court appearance in London and a 01 November report by Nils Melzer, the United Nations (UN) Special Rapporteur on torture.

The Independent UN Rights Expert said Assange’s “Continued exposure to arbitrariness and abuse may soon end up costing his life.”

Assange used WikiLeaks to publish classified military and diplomatic files in 2010 about US bombing campaigns in Afghanistan and Iraq that proved highly embarrassing to the US Government.

“We write this open letter, as Medical Doctors, to express our serious concerns about the physical and mental health of Julian Assange,” the Doctors from Sri Lanka, Australia, Britain, Germany, Italy, Poland, Sweden, US said in their 16-page open letter.

They said they had “Concerns about Assange’s fitness” to go through the full extradition hearing, which is set for February.

“Assange requires urgent expert medical assessment of both his physical and psychological state of health,” they wrote.