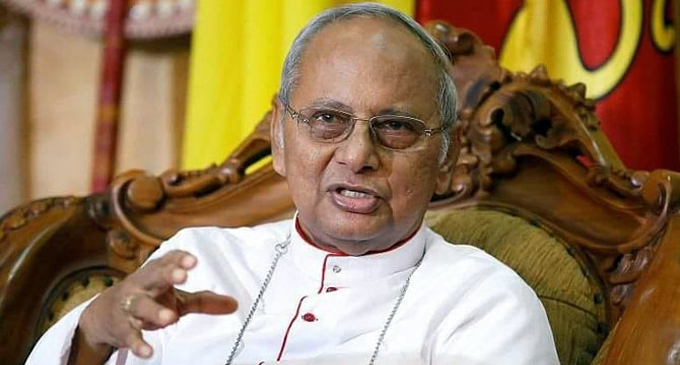 (FASTNEWS | COLOMBO) – Certain members of the clergy at present have turned out to be dupes of political forces, says Archbishop of Colombo Malcolm Cardinal Ranjith.

Addressing the 26th convocation of the University of Ruhuna, Cardinal Ranjith said many clergymen are gradually failing to provide spiritual guidance to the country’s leaders and its people.

Past kings who ruled the country were committed to the spiritual development of the people concurrent to the nation’s economic development, he said.

If our country is to make progress in the world, the education system must put an end to making divisions according to religion, nationality, language, class and other social stratifications, the Cardinal continued, adding that a common legal frame that treats everyone equally must be established in the country.

The Cardinal pointed out it is imperative to choose intellectuals, trained experts and those who possess a spiritual foundation as leaders.

He stressed that people must choose their leaders wisely.

The clergymen who enter upon politics cause massive harm to the country, the Cardinal said, adding that they must provide spiritual leadership to the laymen by staying off from politics.