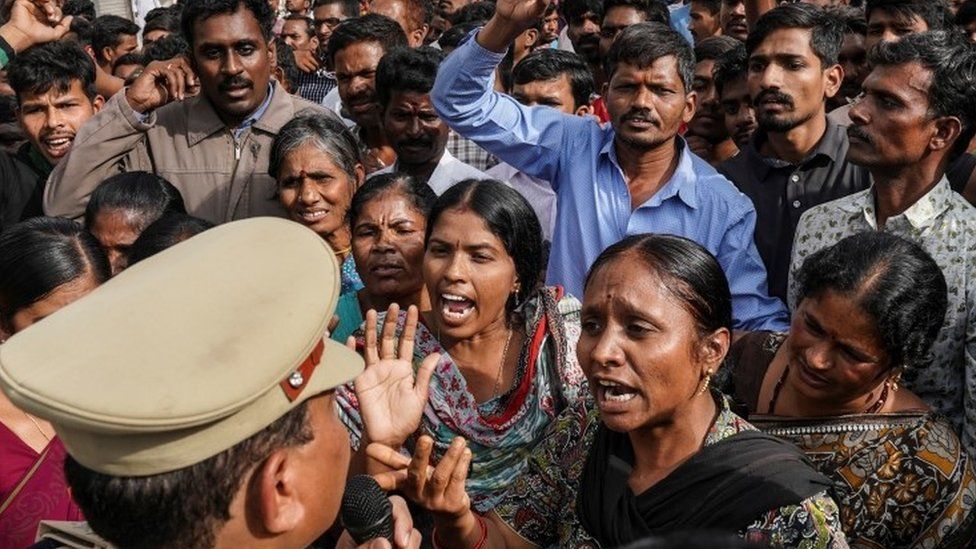 (FASTNEWS | COLOMBO) – Outrage is mounting in India after the alleged rape and murder of a 27-year-old vet in the city of Hyderabad.

Thousands protested outside a police station in the city, demanding accountability. Police have suspended three officers.

Rape and violence against women remain at high levels despite widespread public anger at high-profile cases.

The victim’s charred remains were discovered after she disappeared on Wednesday.

Police allege she was gang-raped before she was killed. Four men have been arrested in connection with the case.

Two of their mothers have spoken out, calling for them to be punished if they are found guilty.

“You give whatever punishment (to them). I have a daughter too,” one told The Press Trust of India.

What has the wider reaction been?

At a police station on the outskirts of Hyderabad on Saturday, thousands of people gathered to protest, insisting the culprits must face the death penalty.

Elsewhere in the country there were other protests and vigils for the victim – who cannot be named under Indian law. 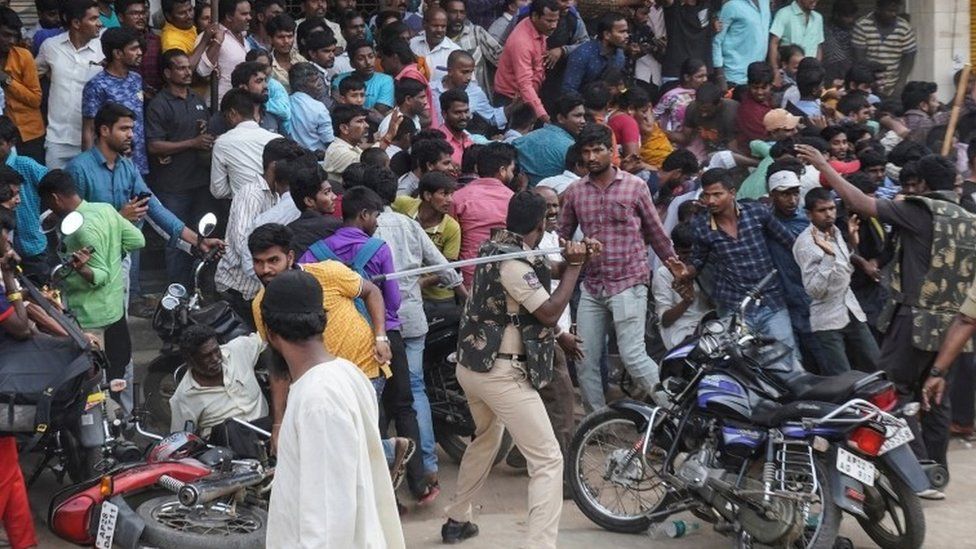 In the community of Shamshabad in Hyderabad, where the victim lived, residents locked the main gate and held placards saying: “No Media, No Police, No Outsiders – No sympathy, only action, justice.” 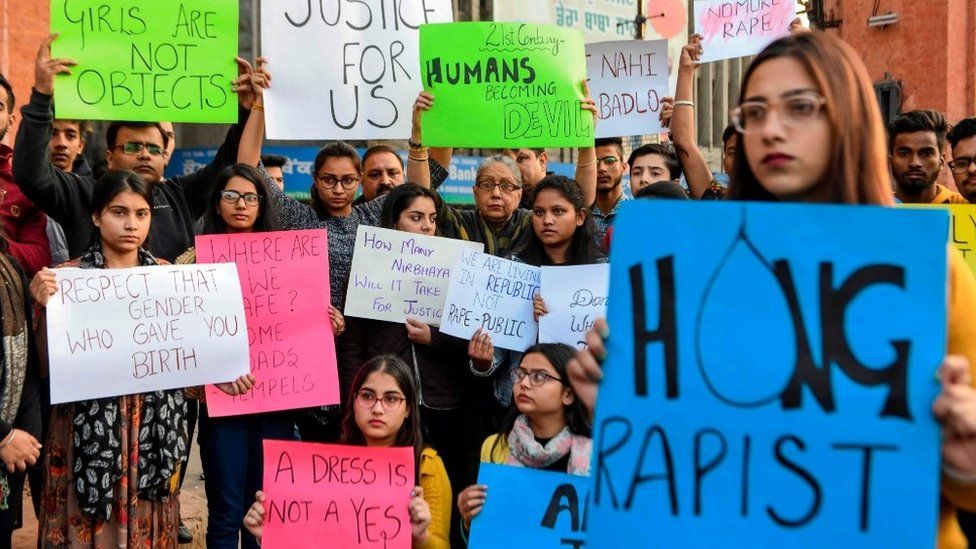 “Our mindsets have to be jolted into changing, into rejecting violence, into refusing to accept the abhorrent manner in which women are being brutalised on a daily basis,” she said.

Prime Minister Narendra Modi has not yet commented on the case, however. 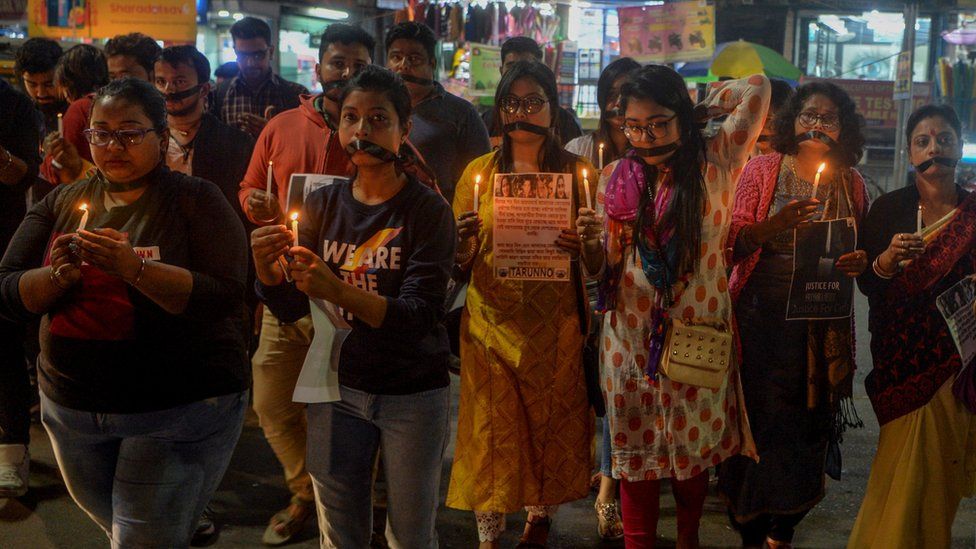 Three police officers have been suspended following allegations by the victim’s family that they had not acted quickly enough when the victim was reported missing.

Officers suggested she may have eloped, relatives told the National Commission for Women, a government body.

What happened to the victim?

She called family later to say that she had a flat tyre, and a lorry driver had offered to help. She said she was waiting near a toll plaza.

Efforts to contact her afterwards were unsuccessful, and her body was discovered under a flyover by a milkman early on Thursday morning.

Under Indian law, a rape victim cannot be identified even after death, but on Friday the woman’s name was the top Twitter trend in the country for several hours as tens of thousands of angry tweets demanded justice.

Rape and sexual violence against women have been in focus in India since the December 2012 gang-rape and murder of a young woman on a bus in the capital, Delhi. But there has been no sign that anti-female violence is abating.

According to the latest government crime figures, police registered 33,658 cases of rape in India in 2017 – an average of 92 every day. (Courtesy – agencies)