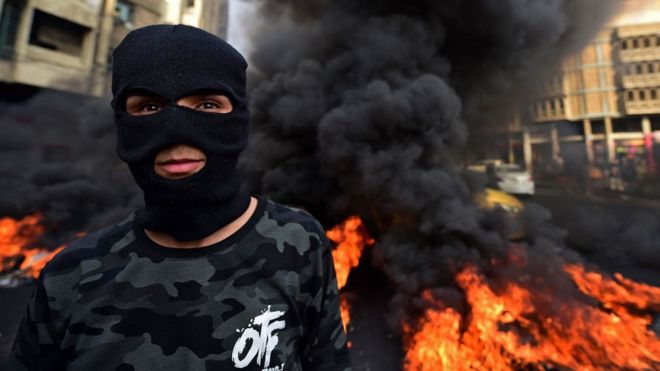 It is unclear who will take over from Mr Abdul Mahdi. The parliament speaker said President Barham Saleh would be asked to name a new prime minister.

Meanwhile the Pope has become the latest figure to condemn security forces’ use of lethal force.

Some 400 people have been killed since protests began in Baghdad and other cities at the start of October.

Thousands more have been injured. Iraqis are demanding jobs, an end to corruption and better public services.

On Sunday clashes continued in cities including Baghdad and Najaf.

What is happening in Iraq’s parliament?

The decision by parliament to approve Mr Abdul Mahdi’s resignation was made in an emergency session called on Sunday.

Existing laws in Iraq do not clearly set out a way for members of parliament to deal with a prime minister’s resignation, but lawmakers on Sunday acted on the legal opinion of the supreme court, according to the Associated Press news agency. 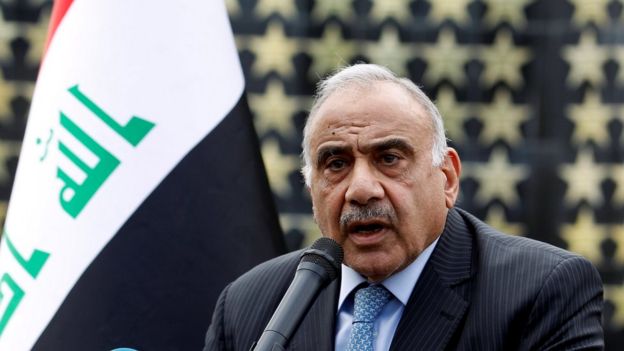 Under the constitution, the president is expected to ask the largest bloc in parliament to nominate a new prime minister to form a government.

Mr Abdul Mahdi and his government will stay on in a caretaker capacity until a new government is chosen, reports say.

How did we get here?

Mr Abdul Mahdi’s office announced on Friday that he would submit his resignation to parliament in response to a call from Iraq’s top Shia Muslim cleric for a new government.

Grand Ayatollah Ali al-Sistani had condemned the use of force against protesters and called for lawmakers to withdraw their support for the government. 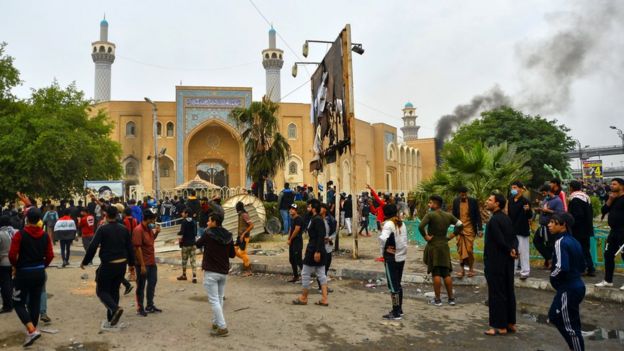 It came a day after more than 40 people were killed in the bloodiest day since the anti-government protests began.

What did the Pope say?

Pope Francis said he was following the situation there “with concern”.

“It is with pain that I have learned of the protest demonstrations of the past days that were met with a harsh response, causing tens of victims,” he said at his weekly Sunday blessing.

The Pope says he wants to visit Iraq next year.

What is the latest?

Anti-government demonstrators took to the streets in the southern city of Basra on Sunday dressed in black to mourn those killed in recent days.

It came as Iraqi media reported that a police officer was sentenced to death for killing protesters in Wasit province, south-east of Baghdad. Another officer was reportedly given a seven-year sentence.

If confirmed, the death sentence would be the first given to an Iraqi officer over the two months of unrest.

Why is there unrest?

Mr Abdul Mahdi took office just over a year ago, promising reforms that have not materialised. Young Iraqis took to the streets of Baghdad for the first time at the beginning of October.

After the first wave of protests – which began in October, lasted six days and saw 149 civilians killed – Mr Abdul Mahdi promised to reshuffle his cabinet and cut the salaries of high-ranking officials, and also announced schemes to reduce youth unemployment.

But the protesters said their demands had not been met and returned to the streets in late October. The demonstrations escalated and spread across the country after security personnel responded with deadly force.

Officials say more than a dozen members of the security forces have also died in clashes.