(FASTNEWS | COLOMBO) – Nasa says one of its satellites has found the debris of India’s Moon rover which crashed on the lunar surface in September.

The space agency released a picture showing the site of the rover’s impact and the “associated debris field”.

Nasa has credited an Indian engineer, Shanmuga Subramanian with helping locate the site of the debris.

Mr Subramanian examined a Nasa picture and located the first debris about 750m north-west of the crash site.

Chandrayaan-2 was due to touch down at the lunar South Pole on 7 September, over a month after it first took off.

It approached the Moon as normal until an error occurred about 2.1km (1.3 miles) from the surface, moments before it was to touch down.

The rover lost contact and had a “hard landing” about 600km (370 miles) from the South Pole in a “relatively ancient terrain”.

Announcing the discovery of the Vikram lander, Nasa tweeted a mosaic image of the site. 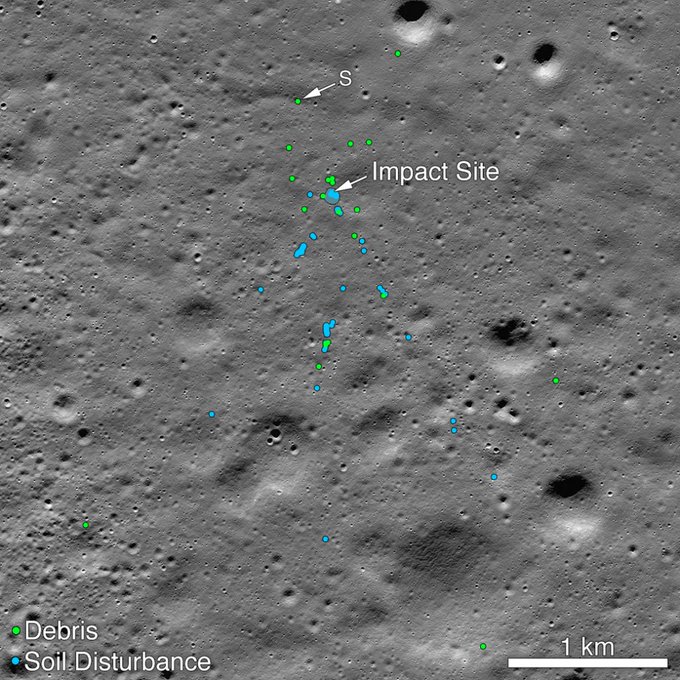