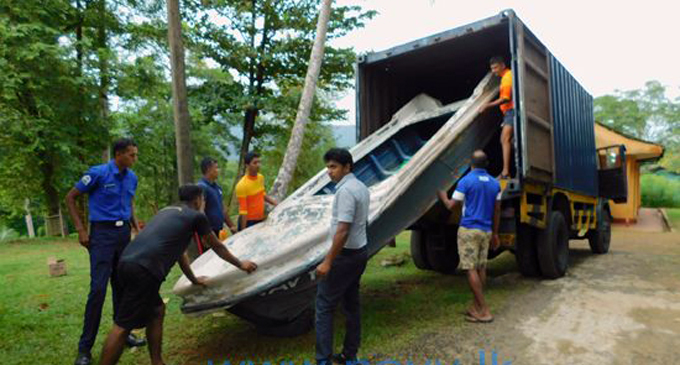 (FASTNEWS | COLOMBO) – In response to eventualities following the intermittent heavy showers reported across the island, the Navy has already deployed relief teams in identified areas, as an anticipatory move.

Accordingly, relief teams comprising personnel from the Navy Marines, the Rapid Response Rescue and Relief Unit (4RU), the Special Boat Squadron (SBS) and the Diving Unit, who are well trained to respond to the events triggered by natural disasters, have been kept on standby as of now. Meanwhile, a Navy relief team has already been deployed in Kiranchi, Vakarai.

Apart from that, as a measure to mitigate the flood risk, the Navy also launched a number of programmes in advance to clean bridges, canals and culverts which had been blocked by debris hampering the water flow, in several areas.