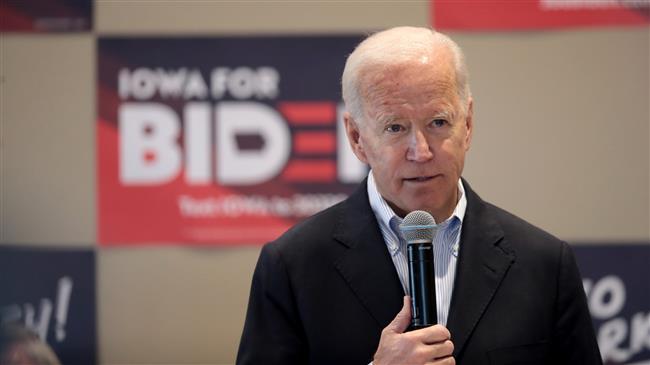 (FASTNEWS | COLOMBO) – Democratic presidential frontrunner Joe Biden has denied ever discussing with his campaign whether he would only serve one term if elected in 2020.

“I don’t have plans on one term. I’m not even there yet,” Mr Biden said.

Politico earlier quoted four people “who regularly talk to Biden” saying it was “virtually inconceivable that he will run for re-election” in 2024.

“Lots of chatter out there on this so just want to be crystal clear: this is not a conversation our campaign is having and not something VP Biden is thinking about,” she wrote in a tweet.

Polls suggest Mr Biden is still the frontrunner in a turbulent and crowded field of Democratic presidential hopefuls. Last week he won the endorsement of former Secretary of State John Kerry.

That came shortly after California senator Kamala Harris – once considered a favourite – announced she was dropping out of the race. Ms Harris said she had did not have enough funding to continue, after weeks of low polling figures.

Many major Democratic figures, including former President Barack Obama, have yet to back a candidate. Mr Obama indicated he would not publicly endorse any one candidate for the nomination. Notable endorsements so far include New York Congresswoman Alexandria Ocasio-Cortez’s decision to back Bernie Sanders.

The winner of the Democratic Party’s nomination will take on President Donald Trump, a Republican, in the November 2020 election. (BBC)