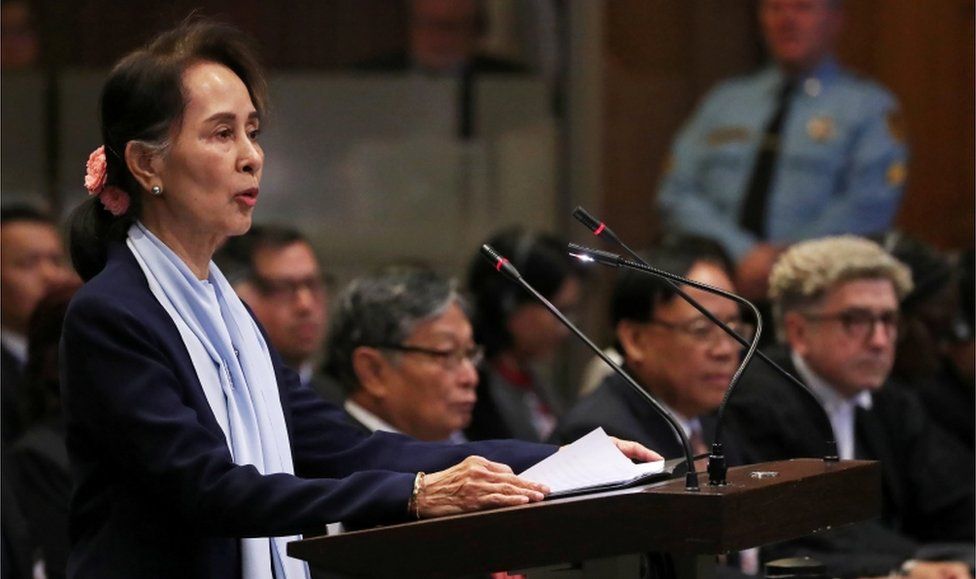 In her opening remarks, she called the case against Myanmar “incomplete and incorrect”.

She said troubles in Rakhine, where many Rohingya lived, go back centuries.

Thousands of Rohingya were killed and more than 700,000 fled to neighbouring Bangladesh during an army crackdown in Buddhist-majority Myanmar in 2017.

Myanmar has always insisted it was tackling an extremist threat in Rakhine state, and Ms Suu Kyi maintained that stance, describing the violence as an “internal armed conflict” triggered by Rohingya militant attacks on government security posts. (BBC)