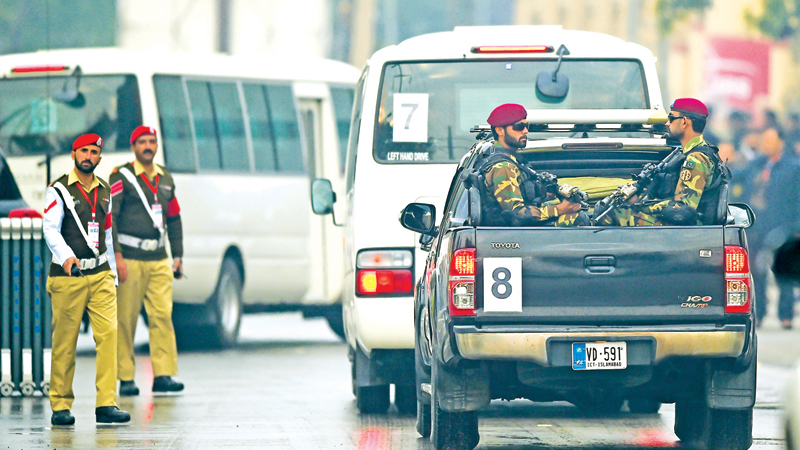 Snipers, smiles as Test cricket returns to Pakistan after 2009 attack

(FASTNEWS | COLOMBO) – Pakistani fans skipped classes and work on Wednesday to attend the country’s first cricket Test in a decade, which was ringed with security and guarded by snipers following the deadly 2009 attack that scared away foreign teams.

Despite the tight security, excitement was palpable as the cricket-mad country finally got to host a Test, 10 years after the militant assault on a convoy carrying the Sri Lankan team to a game in Lahore.

“This is a dream come true,” said Hamza Shakoor, a 21-year-old university student. “We are all so excited. We just prayed for (this) time.”

The Sri Lanka and Pakistan teams arrived at Rawalpindi Cricket Stadium in armed convoys an hour before the coin toss, with roads to the venue sealed off — adding further chaos to Rawalpindi’s perennially gridlocked traffic.

Undeterred by the highly visible security presence, with heavily armed patrols and snipers on nearby rooftops, fans appeared jubilant as they entered the grounds after passing through at least five security checks.

Many of the youngsters arriving the stadium had never watched a Test at a stadium before, while none of Pakistan’s players had previously taken part in a five-day game on home soil.

The stands gradually filled over the morning with fans waving Pakistan flags, blowing horns and cheering as the first session got underway on a rain-soaked field.

“I have waited 11 years for this,” beamed medical student Muhammad Bin Haris, 22, saying he skipped seven classes and hours of study time to attend the opening day.

“It is really, really, really exciting cause I’ve only seen all my favourite players on TV so far, so this is my first chance to catch them live,” he said.

Many fans seemed equally committed to seeing the return of Test cricket in person.

Software engineer Bilal Satti, 26, said he happily skipped a day of work to watch the match in person.

“Don’t show this to my office,” he laughed, as he moved into the stadium.

Others took time to thank the visiting Sri Lankans for returning to Pakistan, after being targeted in the attack on their team bus in Lahore in March 2009.

“We welcome them and we will be supporting them,” said Kashan Khan, 37.

The Taliban-claimed attack killed eight people and plunged Pakistan into sporting isolation, with all ‘home’ cricket fixtures played in the United Arab Emirates.

But thanks to dramatic improvements in security international cricket has begun coming back to Pakistan since 2015, for limited-overs games until now.

Sri Lanka are set to play two Tests, the pinnacle of cricket, during the current series, including a next week’s match in Karachi.

The pressure is likely to be on the home team following a humiliating loss 2-0 Test series defeat in Australia.

But win or lose, Pakistani fans are hoping the return of Test cricket paves the wave for more home internationals in the future.

“I have a message for international cricketers,” said Khan. “Come and play here.” – AFP